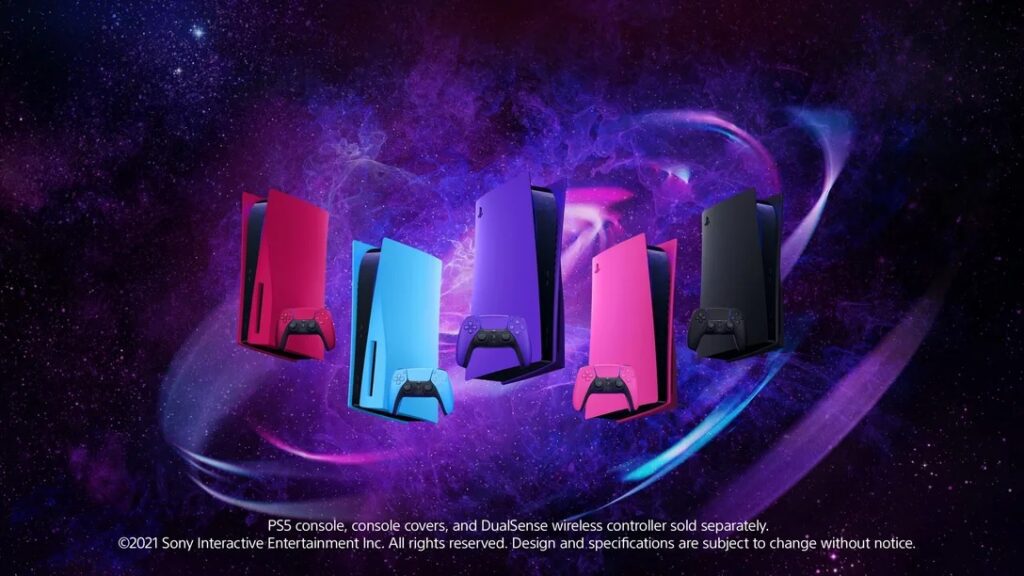 Following numerous threats of legal action towards companies attempting to sell custom faceplates for the PS5, the folks over at Sony have finally revealed their endgame: they intended on offering colored cover options all along! To that end, Sony has announced five different PS5 console covers releasing next year, with several new DualSense controller colors rounding out the offerings.

Sony took to its PlayStation Blog site to reveal the new PS5 console covers and DualSense controllers. The former is comprised of these colors: Midnight Black, Cosmic Red, Nova Pink, Starlight Blue, and Galactic Purple. Users need only remove the original white covers and click the new ones into place. There is unfortunately no pricing information at this time, though according to Sony, the Midnight Black and Cosmic Red PS5 console covers will be the first to be available early next year starting in January, while the other colors – Nova Pink, Galactic Purple, Starlight Blue – will be available “during the first half of 2022.”

The new DualSense Controller colors will also be releasing at some point early next year, with Sony noting that early access will be given to direct.playstation.com customers in the US, UK, France, and Germany. The Galactic Purple DualSense color will be the first to become available on the website starting on January 14, with the others releasing throughout the first half of 2022.

Thoughts on the new PS5 console covers and DualSense Controller colors? Let us know in the comments section below, and as always, stay tuned to Don’t Feed the Gamers for all the latest gaming and entertainment news! Don’t forget to follow DFTG on Twitter for our 24/7 news feed!