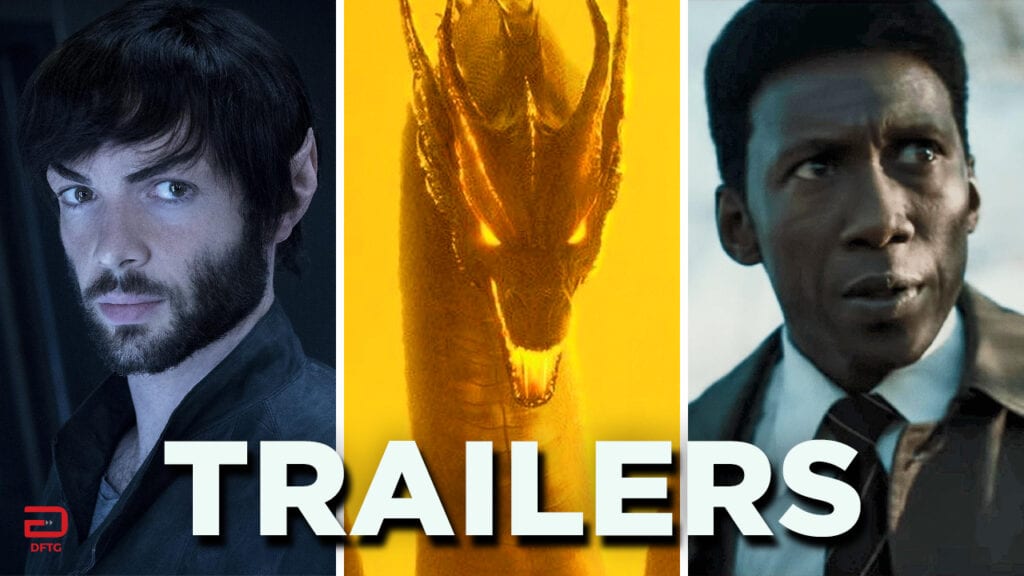 The last few weeks have been particularly packed with trailers, a number of which being the subject of anticipation and others remaining a complete surprise. Of the many to debut, the latest hype-inducing previews include the kaiju-spawning Godzilla: King of the Monsters, an investigative new season of True Detective, and the “horrendous” finale of Netflix’s A Series of Unfortunate Events. Check out the list below as we recap the biggest movie and TV trailers of the week.

Star Trek’s massive prequel series Star Trek: Discovery is boldly going forward with a second season and it seems as though big plans are in place for the new episodes ahead. As revealed earlier this year, Season 2 is set to debut a younger, beardier version of Spock as well as mysterious new being dubbed the “Red Angel.” Whether the crimson presence falls on the side of good or evil, all collective life in the galaxy nonetheless hangs in the balance, prompting the covert crew at Section 31 to hop aboard and help halt the potential catastrophe. Season 2 of Star Trek: Discovery premieres on CBS All Access December 17th.

The Predator is regarded as one of the most menacing alien species’ in cinema, the super-advanced beasts easily laying waste to pretty much anyone that stumbles into their crosshairs. While normally placed up against the likes of Arnold Schwarzenegger, the dreaded murder monsters are now set to invade the North Pole for a jolly confrontation with Father Christmas himself. Animated in a cutesy stop-motion style, it looks as though The Predator is crossing off everyone both naughty and nice when its Holiday Short airs on Comedy Central December 19th.

Preparation is key in tackling any monumental task, from endlessly grinding in multiplayer to launching a rocket into space. Netflix’s new documentary series 7 Days Out aims to tell this timeless tale of preparation, tackling the weeklong lead-up to arduous undertakings such as the pulse-pounding stakes of the Kentucky Derby, the high-stress atmosphere of a Chanel Haute Couture Fashion Show, and the heavy training regime of the League of Legends Championship series. A total of 6 stories resulting in either crushing failure or overwhelming success await when 7 Days Out hits Netflix on December 21st.

HBO’s investigative drama True Detective was seen as an incredible surprise upon the debut of its first season, the story oozing with intrigue and charisma from lead actors Matthew McConaughey and Woody Harrelson. However, what turned out to be even more of a surprise was the dip in quality for its second season, the reception so mixed that the series’ future was considered on thin ice at best, or in line for cancellation at worst.

Against the odds, Season 3 of True Detective was revealed earlier last year, premising Luke Cage actor Mahershala Ali as the anthology series’ next titular detective. It seems HBO is looking to do the new season justice this time around, hearkening back to the slow-burn mystery that weaved throughout the inaugural episodes. Trailers for the show have been typically light on story (it’s a mystery!), but we assume Ali’s Wayne Hays will eventually get to the bottom of it when Season 3 of True Detective premieres on HBO January 13th, 2019.

A Series of Unfortunate Events – Season 3

Over the past two years, A Series of Unfortunate Events has seen the three Baudelaire orphans escape what seems like infinite disasters at the hand of Count Olaf, only to re-encounter the murderous schemer time and time again. However, these increasingly regretful circumstances will see their ultimate end in the new year, finally providing audiences (who didn’t read the books) the ill-fated closure they’ve been repeatedly warned about. Premiering a new trailer, the most “horrible” show on Netflix has now set the scene for its final season when it premieres on Netflix January 1st, 2019.

Godzilla: King of the Monsters

The towing kaiju of the Godzilla mythos are set to awaken for next year’s Godzilla: King of the Monsters, continuing the MonsterVerse continuity from the 2014 film. As seen in the movie’s latest trailer, Japan’s legendary beast is set to confront several of his most well-known kaiju brethren (Rodan, King Ghidorah, and Mothra) in a battle for humanity and to prove who’s truly the definitive King of all Monsters. Godzilla: King of the Monsters hits theaters on May 31st, 2019.

Once Upon a Deadpool

The Merc with the Mouth is definitely one to have strange tastes, but it’s part of the many reasons why Deadpool is the national treasure that he is. The latest trailer for Once Upon a Deadpool has highlighted yet another conversation between he and his kidnapped pal Fred Savage, revealing the Merc’s great love of Nickelback in the process. Running down the Canadian band’s surprisingly storied accomplishments, Deadpool hilariously caps off his Nickel-rant with a rendition of “How You Remind Me,” which quickly turns into a Savage duet. Only you could get away with this, Ryan Reynolds, only you.

Once Upon a Deadpool is currently in theaters.

2018 was a year where many popular shows inexplicably met their end, but a fortunate few were able to stage their resurrection on a new network. The hilarious cop comedy Brooklyn Nine-Nine was one such series lucky enough to be rescued by the TV gods, much to the delight of show’s fan base. A new trailer has now appeared to hype up the new season, depicting a hard boiled Jake Peralta (Andy Samberg) reenacting one of cinema’s most cherished Christmas movies: Die Hard. Season 6 of Brooklyn Nine-Nine premieres on NBC January 10th, 2019.

The Dark Horse comic series The Umbrella Academy has become pretty popular over the years for its offbeat take on superheroes, undoubtedly due to the talents of artist Gabriel Ba and writer Gerard Way (yes, the My Chemical Romance guy). Clearly seeing the potential of such a project, Netflix previously announced they were adapting the comic for the streaming screen and have since debuted a pretty spiffy trailer.

Taking place in the year 1989, The Umbrella Academy show looks like it’s aiming for a top-notch adaptation of the source material, capturing the over-the-top atmosphere present in the original books. Characters with abilities such as enhanced violin expertise, reality-warping dishonesty, and alien chimpanzee powers must band together to solve their benefactor’s mysterious murder. With the addition of a world-ending apocalypse on the way, it’s probably best to put a coffee on the brew when Season 1 of The Umbrella Academy premieres on Netflix February 15th, 2019.

Hey look, something original! Well, mostly. The trailer for Brightburn teases a story that would at-first seem very familiar to comic book fans, specifically for those aware of the DC hero Superman. In fact, if someone would have stopped this trailer at the half-point, it’d be hard to argue this wasn’t a Krypton copy of the Man of Steel. However, it’s the second half where Brightburn’s true colors would seem to lie, those colors most definitely being shades of red.

It would seem a super-powered alien farm boy isn’t the instant hero formula we’ve come to expect. This horrific twist on superheroes imagines what would happen if Superman weren’t an unshakable beacon of hope, but instead employed the ideals of an emblem-scribbling, jump-scaring, masked madman. Unfortunately, there aren’t many details about what else the plot may revolve around (it’s a secret!), but we’ll likely see more as Brightburn creeps closer to its theatrical release on May 24th, 2019.

It finally happened. After months of speculation and frustration, Marvel decided to finally grant fans the trailer they’ve been violently clamoring for. With the movie’s release only a few month away, the first footage for Avengers: Endgame was eventfully let loose upon the world and it certainly didn’t disappoint. Tony Stark hopelessly floats away in space, we get a quick look at a post-snap Thanos, and Hawkeye was finally allowed to join the party! The only obvious negative was the fact that Captain America shaved off his Avengers break-up beard, but I suppose it’s probably for the best, especially if means the band may be getting back together.

After seven seasons on HBO winter has finally arrived in Game of Thrones, not only in season but also in the form of the doom-bringing White Walkers. The premium channel is set to deliver its fitting final season this upcoming April and recently released its first trailer hinting at the inevitable clash to come. Depicting a creeping cold and a raging flame rush in each other’s direction, the symbolic forces of fire and ice are teased to have a violent confrontation when all finally comes to a head. We’ll see which of our favorite characters get the axe this time around when Season 8 of Game of Thrones premieres on HBO in April 2019.

As the Avengers and onlooking fans nurse their wounds from Infinity War, Marvel Studios has plans to take one last break from the decidedly grim proceedings with the untold superhero story of Captain Marvel. While the powerful heroine has been a staple of Marvel’s pantheon of comics for years now, she’s now set to debut her first live-action outing next year.

The movie’s first trailer excited fans with Brie Larson’s stoic portrayal of Carol Danvers, the footage also leaving hints towards the adventure’s mystery-laden plot. The latest trailer for the film is just as light in the story department (it’s amnesia!), but more than makes up for it with a glorious sizzle reel of the Captain Marvel in action. Extended snippets of her suiting up, taking flight, and unleashing her ultra-powered badassery feature throughout, including one especially epic moment where it appears as though Ms. Danvers fully ascends to Super Saiyan form.

Which of our DFTG recaps was your favorite? Any trailers we missed? Let us know in the comments below and be sure to follow Don’t Feed the Gamers on Twitter and Facebook to be informed of the latest gaming and entertainment news 24 hours a day! For more of the best trailers from over the last week, check out these next few news stories: 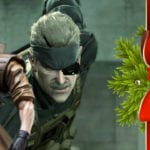 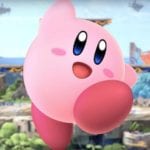 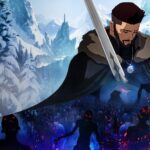 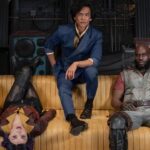 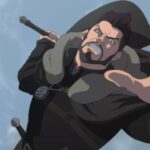 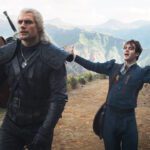