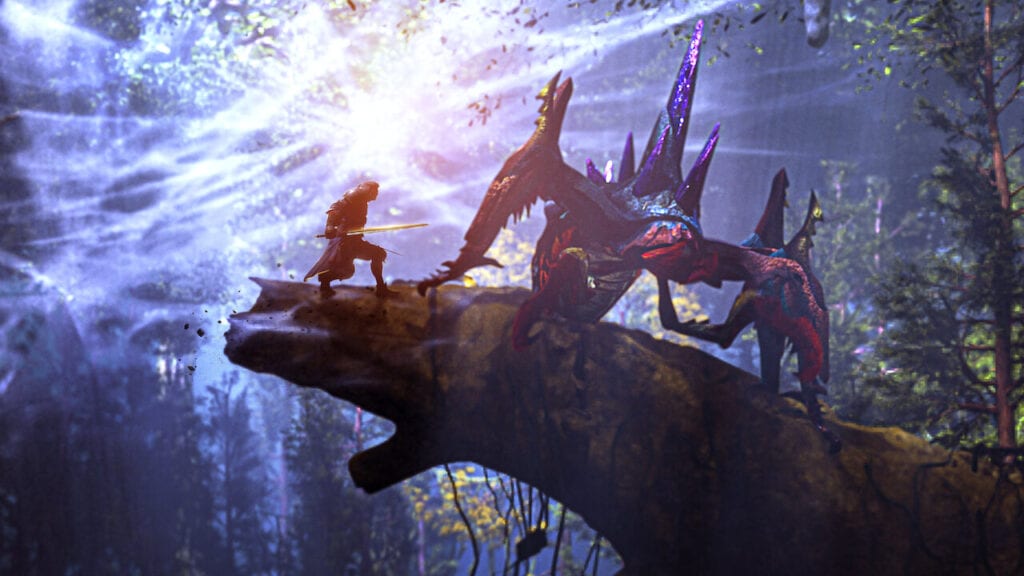 The recent release of the live-action Monster Hunter film starring Milla Jovovich, Tony Jaa, and more saw a bit of a mixed review from fans and critics. While the title was visually appealing to most, the story and world-building of the film seemed to fall by the wayside in favor of an action-oriented experience. Still, that doesn’t seem to be stopping creators from trying to cash in on the franchise, as it seems Capcom is looking to get in on the action as well with a new Monster Hunter animated movie for Netflix.

The film called Monster Hunter: Legends of the Guild will focus on a young, self-proclaimed Hunter named Aiden who protects his isolated village from various monster threats. Upon discovering that the village is in the path of an Elder Dragon, Aiden teams up with a member of the Hunter’s Guild named Julius and goes on an adventure to build a team and find the strength to defend his home from the walking natural disaster. Along the way they’ll run into a variety of creatures within the same universe including a Deviljho, Velocidrome, and more as they work their way up to diverting the fire-breathing Lunastra.

The upcoming animated film is set to arrive on August 12th as a Netflix exclusive. One last interesting thing of note is that the protagonist Aiden is a character that fans have seen before, once in Monster Hunter 4 as the Ace Cadet and the Excitable A-Lister in Monster Hunter World.

What other monsters were you able to recognize from the Monster Hunter: Legends of the Guild trailer? Let us know your thoughts on the upcoming Monster Hunter animated movie and more in the comments section below. As always, don’t forget to follow Don’t Feed the Gamers on Twitter for 24/7 coverage of all things gaming and entertainment.