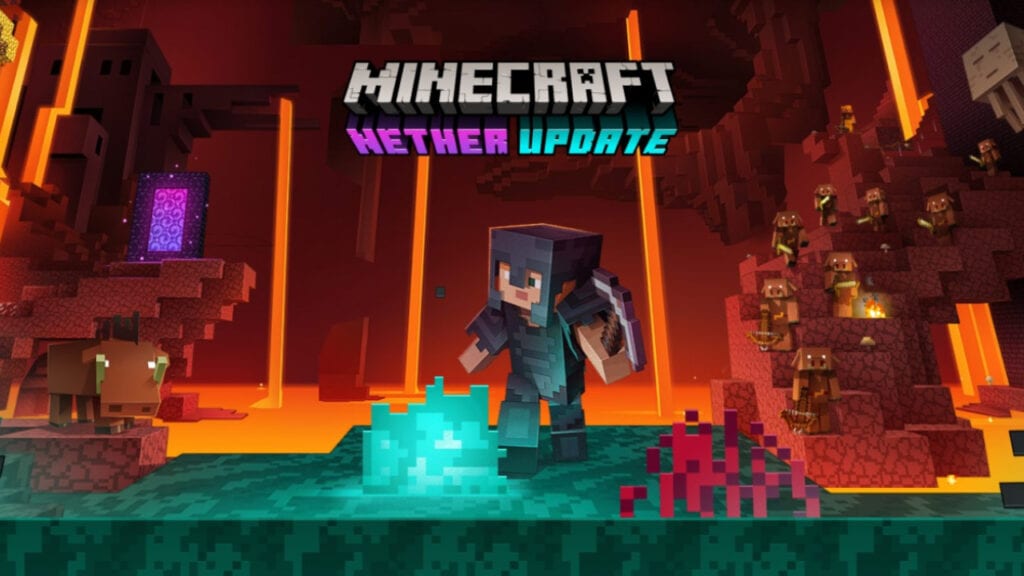 Mojang Studios (formerly Mojang) finally announces a release date for Minecraft’s Nether update! Revealed earlier this year, the Nether update is a content overhaul for said game that brings with it an insanely tough ore, tons of new features and additions. There are new game designs that will debut with the Nether update as well. For more information on that, check out the dev diary video below:

Minecraft’s Nether update goes live on June 23rd for all available platforms including Xbox One, PC, PlayStation 4, Nintendo Switch, iOS, Android, Mac, and Linux. Get to know the “dark side of Minecraft,” where everything is lava, most creatures are out to get you, and the world is all-around extra terrifying. Discover a material that’s stronger than diamonds with the introduction of Netherite, battle or barter with Piglins, hunt or avoid Hoglins, and more.

For example, the Piglins may prove to be fruitful allies or an enemy to be reckoned with once June 23rd rolls around. They’re extremely possessive over material goods and gold! According to Minecraft developer Henrik Kniberg, “If you open a chest near a Piglin, they will assume you’re a thief and attack you, even if it’s technically your chest. That means you can never completely relax when you’re around them. It’s very easy to forget this, even for me as a developer who coded that feature! But that’s what we want – players not being 100% comfortable around Piglins.”

Aside from the developer’s diary video above, curious fans can check out the official website for the upcoming content overhaul right here.

Are you stoked for Minecraft’s Nether update? Are you looking forward to exploring the darker side of the blocky universe? Let us know what you think in the comments section below or start a conversation on Don’t Feed the Gamers Facebook page. To stay up to date on gaming and entertainment news as it happens, follow us on Twitter! Here are some of our latest: