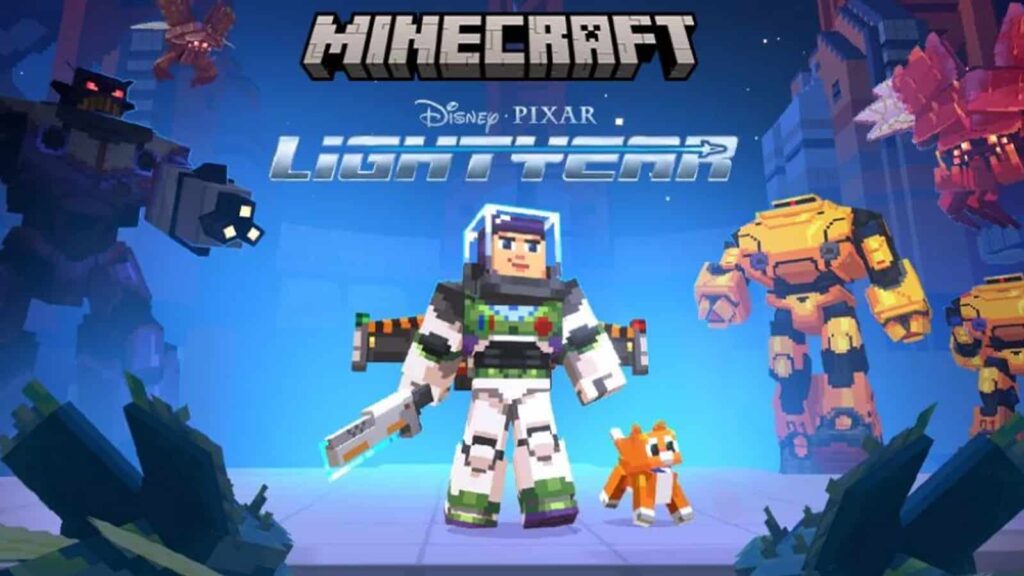 It is harder for younger generations to fathom, but in previous generations of gaming, video game tie-ins with popular theatrical movies used to be pretty common. With the rise of development costs and complications, these days it seems more common for movie tie-in games to either fall on mobile devices or to be brought to pre-existing on-going games through DLC. The likes of Fortnite and Minecraft have been especially poised for that latter strategy in recent years. Now, with the release of the new Lightyear Pixar movie here, new Minecraft Lightyear DLC has been released to give players new space adventures.

Minecraft has shared their new Minecraft Lightyear DLC trailer that announces the new content on their official YouTube channel. The DLC adds not just new character skins and vehicles, but even new locations and gadgets from the new movie. Players will be able to make their avatar look like characters from the film, including Izzy Hawthorne, Mo Morrison, Darby Steel, Alisha Hawthorne and Buzz Lightyear himself. The robotic cat Sox from the film is also on hand as a new companion. 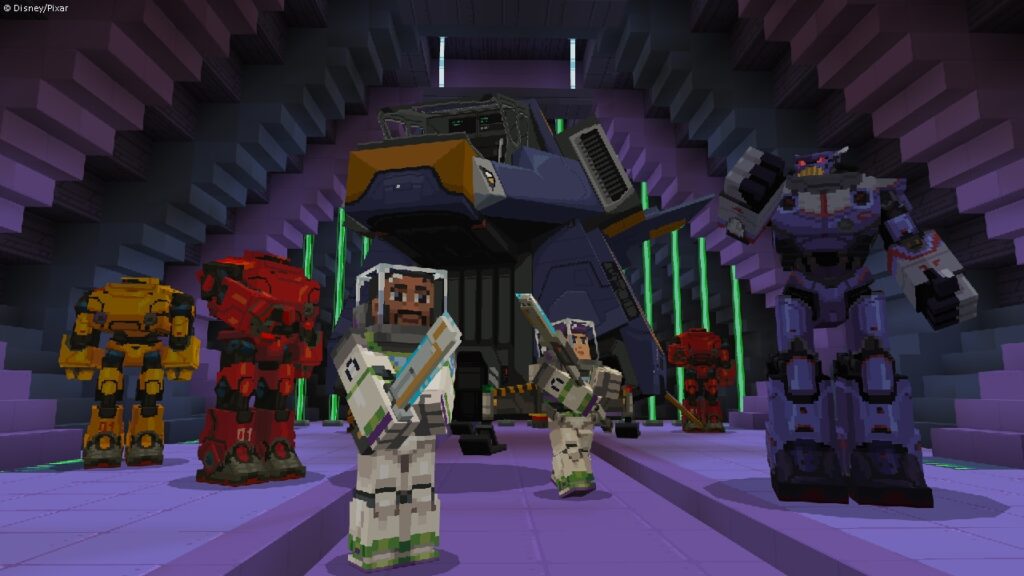 The Minecraft Lightyear DLC also contains five brand new story missions modeled after the new film. Players will embark on alien planets and will encounter waves of enemies to combat. The enemies appear to be the robotic enemies seen in the film’s trailers, and the players seem to be using blasters to combat them. Buzz’s ultimate enemy Zurg also is on-hand, likely as the ultimate boss battle of the DLC. The new content is available to download now for Minecraft across all platforms. For fans excited for the new Lightyear movie, this is the perfect way to blast off to infinity and beyond….and beyond.

What do you guys think about the new Minecraft Lightyear DLC? Let us know in the comments below! Be sure to stay tuned for the latest Xbox news, such as every game announced at the recent Xbox and Bethesda summer showcase, here on Don’t Feed the Gamers! Follow us on Twitter to see our updates the minute they go live!