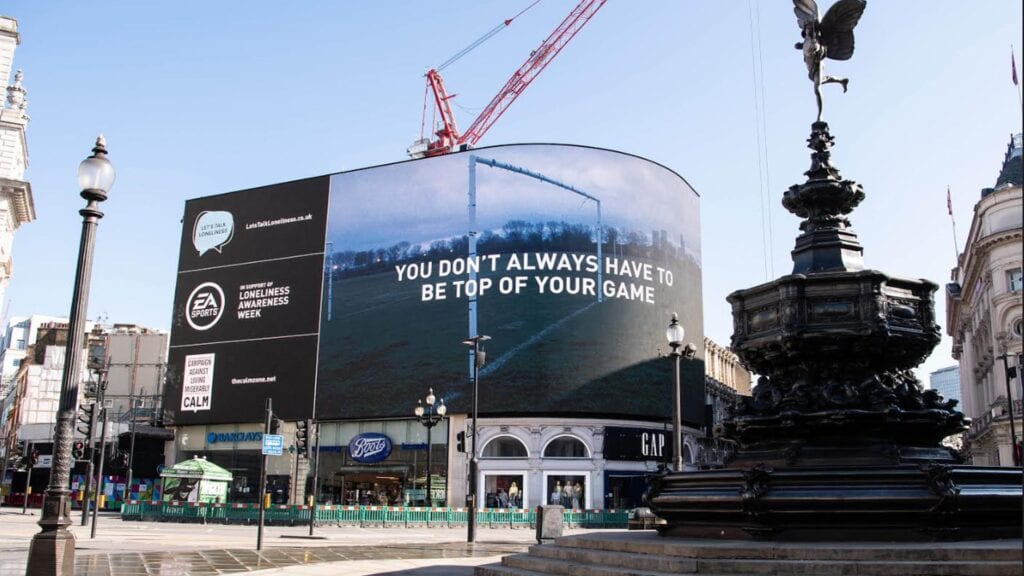 Electronic Arts has certainly had a big week to shine in the gaming industry. After E3 ended up being cancelled this year due to the coronavirus, and since EA has opted in recent years to hold their own EA Play events simultaneously with E3, this year they went with a digital version of the event. The new EA Play digital event revealed new looks at games like Star Wars: Squadrons, and EA bringing several of their biggest games to Steam. EA also took the time to use their platform this week to help important causes, such as the UK government’s CALM Initiative through a new EA CALM partnership.

At Piccadilly Circus this week, as part of #LonelinessAwarenessWeek, you can see the CALM logo up on the big screens as we teamed up with @EASPORTS & @Copa90 to share an important message about talking to people and checking in on each other. #LetsTalkLoneliness pic.twitter.com/tCE0HgAo9R

As reported on MCV UK, the new EA CALM partnership has been formed as a part of their Loneliness Awareness Week, which fell this past week. CALM is the United Kingdom government’s Campaign Against Living Miserably campaign, which was formed to combat mental health issues. The need for this campaign has only grown thanks to the coronavirus pandemic, which has left those in quarantine feeling isolated and depressed. As such, CALM partnered with EA and soccer enthusiast source Copa90 to make sure UK citizens are aware of mental health facts. EA UK head Samantha Ebelthite had this to say about how EA and video games can help:

In times like these, it’s more important than ever for people to talk and share their feelings with friends. Over the last couple of months, we’ve seen even more people using games as a way to stay home but connect with others. We’re therefore encouraging all gamers to set up a game with friends or family and use the opportunity to talk about how they’re feeling. We may be far apart but games can bring us much closer together.”

The CALM Twitter account also showed promotional ads that ran in the UK’s Piccadilly Circus that shared statistics, like 84% finding it difficult to talk about mental health or six in ten people in the UK experiencing anxiety due to the pandemic. While gaming has been known to be divisive online, it has been known before to bring people together over a shared common interest, and now more than ever, it seems like a crucial safe tool to be able to use to maintain human connection. We here at Don’t Feed the Gamers encourage you all to play games you love with family and friends you care about during this time. After all, it’s in the game.

What do you guys think about this new EA CALM partnership? Let us know in the comments below! Be sure to stay tuned for the latest EA news, such as the confirmation that Apex Legends cross-play and Nintendo Switch functionality are coming this fall, here on Don’t Feed the Gamers! Follow us on Twitter to see our updates the minute they go live! 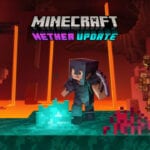