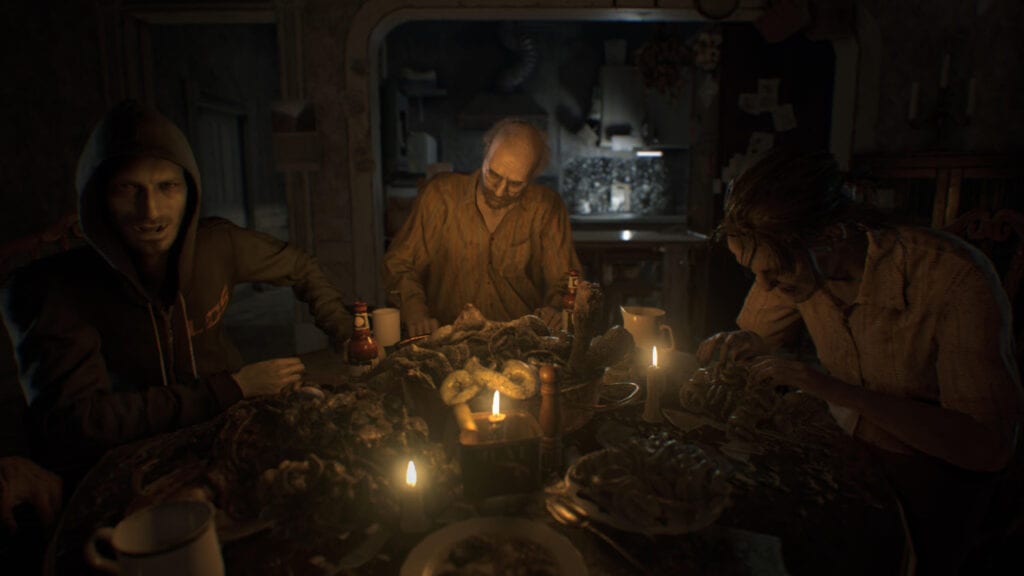 Capcom released a 3 part series of Resident Evil 7 gameplay footage that lets us get to know the creepy Baker family a little better. All 3 videos are super creepy, but number 3 is most definitely my favorite of them all. First though, let’s watch clip number one:

The player roams the creepy house only to find Mr. Baker at the end of the hall carrying a shovel. Baker says, “Thought you’d just slip out before dinner was done!?”. The player then starts running away looking for an escape route and gets cornered as Mr. Baker starts viciously beating them with the shovel. As the player wanders away, Mr. Baker follows and smashes a dinner table to pieces with the shovel and then cusses, “How am I going to replace this!?”. The player runs away again and while they are making their way down the hallway, Mr. Baker smashes through the wall right in front of them. The scene cuts away to the player standing in the hall and he hears a phone ringing. He answers it to hear a female voice say, “You did good Ethan”, before the scene cuts away again to the player creeping around the corner to find someone outside saying to open up the door. As he walks towards the person it cuts away to him standing in a garage with a gun when Mr. Baker finds him again and starts attacking with an ax this time. The player shoots him, but it seems to have no affect. Next thing we see is the car in the garage on fire and Mr. Baker steps out of it, also on fire, He says, “Ooooh boy, now look what you’ve done mother f**ker!”, while storming toward the player and picking him up while you stare at his burning face and he evilly laughs. Let’s move on to clip number two:

In the second Resident Evil 7 gameplay clip the player enters the house, once again, and hears a phone ringing and answers to hear, “Did my Dad give you a hard time?”. He then wanders through the house discovering an old woman in a wheelchair and even some of the infected. He eventually finds what looks like a torture chamber with a wrapped body hanging from the ceiling and a severed head on a hook just as Mr. Baker finds him again with the ax in hand. Now for the best clip of all, number three:

In this clip, the player runs into Mrs. Baker and is immediately attacked by a swarm of bugs that seem to be at her command. He finds hives clinging to the ceiling and the noises coming from the clusters of bugs really give us the creeps. As the player wanders some more, he comes up to a door to try and open it just as Mrs. Baker comes out of nowhere screaming, “I told you to stay out of here!”, as she pushes him down the stairs and laughs evilly.

What did you think of the Resident Evil 7 gameplay clips? Scary enough for you? Let us know your thoughts in the comment section below and be sure to follow DFTG on Twitter! All the cool kids are doing it! Have you checked out our Resident Evil 7 Beginning Hour demo guide for unlocking both endings? Read about it here! 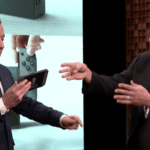 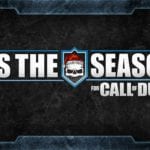