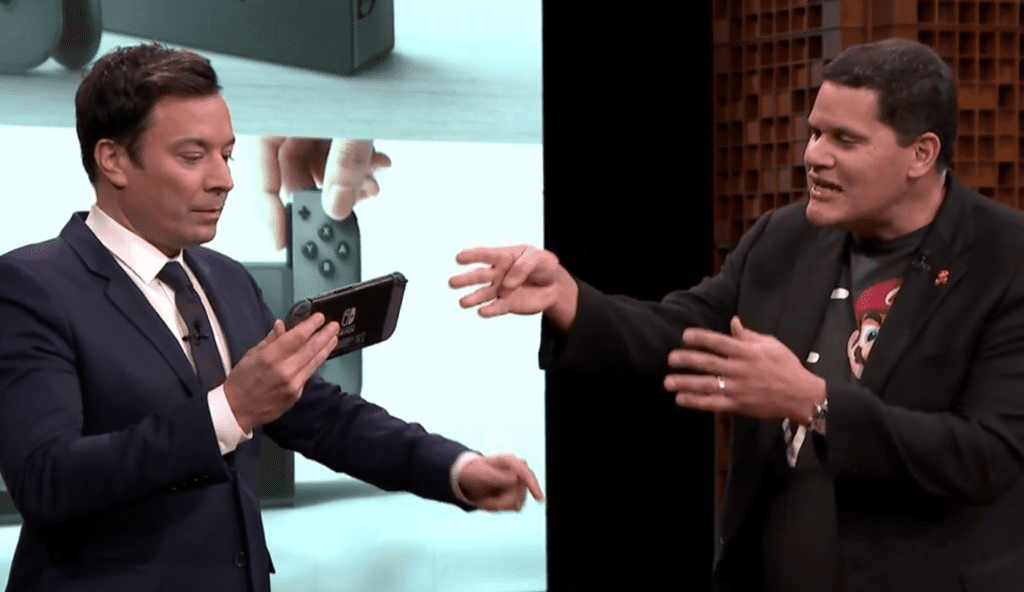 As we try to patiently wait for the March 2017 release of Nintendo’s next console/handheld, Nintendo Switch, we get excited for more information as it comes. The host of NBC’s The Tonight Show, Jimmy Fallon, may be one of the luckiest Nintendo fans. A visit from Nintendo of America’s President, Reggie Fils-Aimé, and iconic video game designer Shigeru Miyamoto put the “game changer” into Fallon’s hands.

Jimmy Fallon is a self proclaimed Nintendo geek and you can tell how excited he is while talking with Fils-Aimé. First, Fallon got to play a demo of Nintendo’s upcoming mobile game, Mario Run. Feeling pressure from being in the presence of Miyamoto, Fallon completed a run in the iOS game, which got him a thumbs up from the video game legend.  Soon after, Fils-Aimé revealed the Switch.

A full working demo of Nintendo’s latest console is presented. Jimmy Fallon goes from excited to near joyful panic attack as The Legend of Zelda: Breath of the Wild appears on the screen behind him. After a quick demo of the game’s protagonist, Link, pushing a boulder off of a ledge to destroy the enemies below, Fils-Aimé gives Jimmy a try. Fils-Aiméshows how seamlessly players can go from home theater console to handheld. It’s as simple as lifting the handheld from its dock and continuing where you left off.

Fils-Aimé states that the power of the system is all in the handheld portion of the device. Jimmy Fallon cuts him off saying he “knows everything about this thing” as he shows off the handheld’s kick stand feature. Fallon’s reaction is relatable to all of us eagerly awaiting Switch’s release. You can check out the full segment below:

Are you ready for the Switch? Do you think Nintendo has developed a winning console? Let us know in the comments below and stay tuned with DFTG for all of your gaming news. 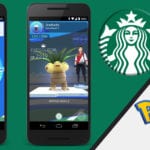 Pokémon Go Partners up with Sprint and Starbucks this Month! 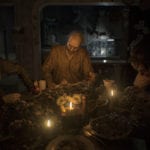 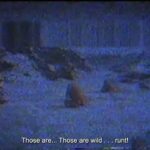