Lucio’s BlizzCon Chat with Overwatch Cast is Now Animated – It is Perfect! (VIDEO)

Remember that hilarious video Jonny Cruz, the voice actor for Overwatch’s Lucio, made when he was at BlizzCon 2016? The one where he chatted up a good portion of his fellow castmates? The one where he can’t seem to get the hang of pronouncing Torbjörn properly? The one where he gets denied dinner with D.Va? The one where Reaper needs to know where the bathroom is? Yeah, you remember. To make things even better, one brilliant person went and brought the video to life in animation!

YouTube user Greatdictator posted the animated version of Lucio’s chat at BlizzCon 2016. In it, we get to see what it may be like to have an Overwatch television series. Of course, this may be a little more amped up with the humor, but we can all dream of an Overwatch sitcom where the cast gets into all sorts of crazy shenanigans. Would Genji really have no chill? Would Winston not pick up on masterful pun work? Would Torbjörn relax a little? I believe all of these are questions we need answered at some point.

Unfortunately, Sombra and her adorable “Boop!” didn’t make the animated cut, and it may have something to do with the fact that there isn’t a Sombra SFM model yet. We will just have to do without. Also, you may have noticed that the animation is a little off in the beginning. To this, Greatdictator says, “I apologize for the really bad quality of the first bit , it was a nightmare to even get this much.” We don’t fault you, friend, and we appreciate your hard work in achieving what you did!

What are your thoughts on the animated video, gamers? Prefer Jonny Cruz’s version better? Let us know down in the comments! Also, be sure to stay tuned to our YouTube channel. On November 18, the DFTG team will be sitting down with Jonny Cruz to discuss the SAG-AFTRA strike and how he feels about the current industry. As always, keep Don’t Feed the Gamers bookmarked because when we get the news, you’ll want to be around. 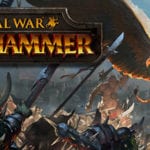 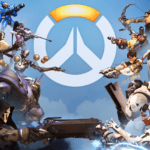 Overwatch: First Strike Graphic Novel Is A No Go