Video game music has steadily evolved over the years into a respectable art form in its own right. Nintendo has had some of the most iconic video game music of all time, thanks to its catchy melodies and rich orchestral composition. As such, fans have loved listening to this music outside of the games they were made for. However, Nintendo has been less generous with their allowances for online use of their material, as they have notoriously been protective of their copyrights. Such is the case with one popular Nintendo music YouTuber, who has announced they will be closing down their channel after receiving 4,000 copyright strikes.

Hi everyone, after the 1300 copyright blocks from Nintendo a few days ago, the YT channel received another 2200 blocks today (with likely many more to follow).

Nintendo music YouTuber GilvaSunner now shared a string of tweets describing the events that recently hit their channel. GilvaSunner is well known by Nintendo fans for uploading various Nintendo soundtracks on YouTube, as Nintendo’s original music has been scant to find on streaming services. However, the user has lately seen their channel hit with 1,300 copyright claims in the days leading up to the tweets, with 2,200 additional blocks posted by the day of GilvaSunner’s reveal on Twitter.

After thinking about this a lot over the past few days, I’ve decided that at this point it’s really not worth it to keep the channel up any longer, and will therefore delete the GilvaSunner YouTube channel (or what’s left of it) this coming Friday.

After the ordeal, the Nintendo music YouTuber has announced they will now be closing down their channel, suggesting that trying to keep up with these mass copyright strikes would be too difficult to maintain. While it is understandable that Nintendo would take action to protect their intellectual property, it is a shame that this channel has to be shut down after 11 years of activity. If Nintendo isn’t going to make their beloved music available to listen to, they should really work with social media sites and algorithms to make this music more accessible. And they should give K.K. Slider a TikTok as well, while we’re at it.

What do you guys think about this Nintendo music YouTuber closing down their channel? Let us know in the comments below! Be sure to stay tuned for the latest Nintendo news, such as Nintendo Switch Online’s N64 emulation being made only slightly better in a new update, here on Don’t Feed the Gamers! Follow us on Twitter to see our updates the minute they go live! 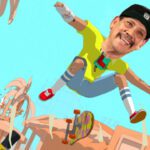 Danny Trejo Is A Skater In OlliOlli World (VIDEO) 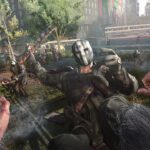