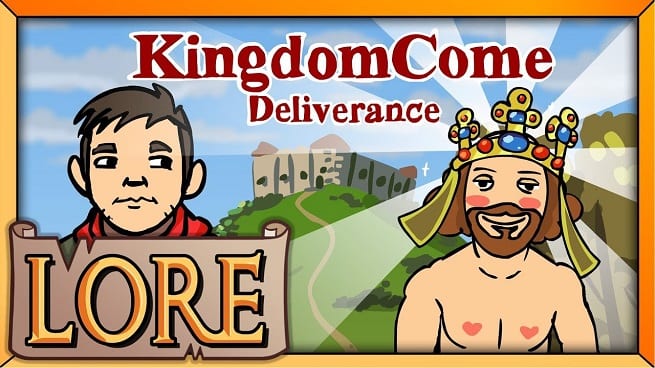 In case you haven’t noticed, we’re kind of huge fans of the “Lore in a Minute” YouTube series. We’ve covered them numerous times in the past and to be honest? We don’t see that slowing down anytime soon. Luckily for you, these videos are hilarious.

The team behind Lore take what’s “hot in the moment” within video games and drums up a hilarious video explaining the title in under 60 seconds. Evil Within, PUBG, Wolfenstein … there’s no game safe from the Lore touch, and for that – we thank them. Their latest venture, however, centers around the hyper-realistic RPG experience made for Medieval times lovers: Kingdom Come Deliverance. From Schnapps, to kings with weird heart-shaped nipples -there’s more than few reasons to watch the video above.

For those that can’t for some reason watch the video at this time, not to worry. We’ve got the full transcript of the video below, courtesy of the Lore crew:

Charles IV, born in 1316 in present-day Prague, was kind of a big deal; he was the first to be become both the King of Bohemia and the Holy Roman Emperor. Widely popular, his rule was considered the Golden Age of Bohemia.

In 1376, his son, Wenceslaus, was elected King of the Romans and two years later, when Charles died, he succeeded his father and became King of Bohemia. Meanwhile, Charles’ younger son Sigismund was sent to Hungary to study the court and become their King, which he did in 1387.

The empire was in far worse hands with Wenceslaus. While Sigismund was politically astute and driven by power, Wenceslaus was volatile and… kind of a drunk.

Finally in 1400, Wenceslaus was deposed and his half-brother Sigismund kidnapped him to seize lands he believed his right to own. With Civil War imminent and the Holy Roman Empire in his sights, Sigismund was free to plunder and pillage the the lands of Bohemia, including the village of Skalitz.

One of the few to survive the attack was Henry, the son of a lowly blacksmith. His parents, friends, and true love Bianca, were all killed. His father’s dying wish was for Henry to redeem himself for letting them all die. Yikes.

To fulfill that wish, Henry has pledged service to Radzig Kobyla, lord of Skalitz and an old trusted advisor of Wenceslaus, who is forming an underground resistance against Sigismund. But Henry isn’t backed by some ancient prophecy or divine right, he’s just an ordinary lad with a vengeance pact.

What do you think about the latest Lore video? Want to see more? You can check out our previous coverage in the links below, and then head on over to their channel to support their future content! Trust us, you won’t regret it! 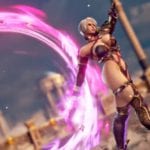 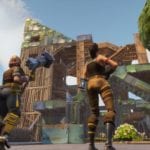