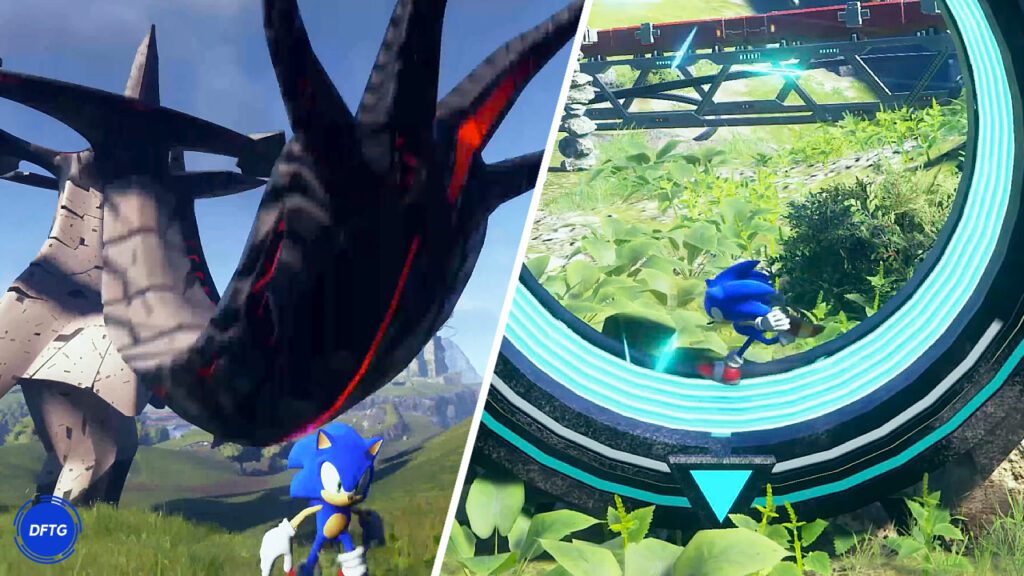 While the game was formally announced at last year’s The Game Awards, not much has been revealed about SEGA’s incoming next hedgehog-based adventure Sonic Frontiers. Taking place in an open-world setting, this updated take on the blue blur seems deliberately different on the part Sonic Team, moving on from traditional 2D track-based gameplay to operate in a more open manner, with a specific focus on exploring a lush and mysterious island this time around.

As per an exclusive round of gameplay provided by IGN, the first bit of extended Sonic Frontiers gameplay shows off quite a bit regarding the game’s very green open world, showcasing just over 7 minutes of Sonic investigating a strange island he’s stranded on at the start of the game. The footage is distinctly cinematic, featuring no HUD and covering the land with realistic vegetation, streams, rocky mountains, as well as mysterious stone ruins that more than likely hold insight into the game’s plot.

To that end, Sonic can be seen interacting with many of these large monuments in familiar ways, such as rail grinding, leaping to floating platforms, and activating speed boosts positioned around the island. Some of these mysterious ruins also activate a few interesting minigames. Properly positioning a statue opens a large glowing door, Sonic can generate a digital grid trail on command, and operating a puzzle platform yields a reward of some kind. Lastly, the hedgehog takes a leisurely run through a treadmill loop, activating another relic in the process.

Released shortly after the first clip, another piece of gameplay offers a similar dive into the combat of Sonic Frontiers totaling just over 6 minutes in length. Enemies are definitely unique in Sonic Frontiers, with some essentially being a robotic cluster of orbs or a flower-shaped baddie covered in blades, with others even resembling polygonal henchmen with spikes for arms. Of course, the arguable highlight is the foe featured at the end, a towering synthetic beast, which Sonic defeats with strategic attacks in a very Shadow of the Colossus fashion.

Though this extended gameplay for Sonic Frontiers seems to be on the rough side, these videos nonetheless offer a nice first slice of what to expect when the final product launches in Holiday 2022. As for what else the game may have in store, SEGA Sammy CEO Haruki Satomi and CFO Koichi Fukazawa suggested a dedication to “quality” in a recent investor Q&A, with the executives expecting high scores (and, therefore, high sales) for this new open-world iteration of Sonic.

“If the game gets a high score, it can become a must-buy game, and possibly generate synergy with sales, so we are currently working hard to improve the quality of the game toward its sales for the holiday season.”

​What do you think? Can Sonic Frontiers not come fast enough, or should SEGA slow down so they can keep the game’s quality up to snuff? Let us know in the comments below and be sure to follow Don’t Feed the Gamers on Twitter and Facebook to be informed of the latest gaming and entertainment news 24 hours a day!​