Within Super Smash Bros. Ultimate are 66 different characters for players to unlock, and without the proper knowledge of how to unlock characters, acquiring them all could be pretty difficult to do. Thankfully, it isn’t as difficult as one might think, just a little time consuming. Get ready for the good ‘ol fashioned grind, friends – just like old times!

There are a variety of different ways to unlock characters, some taking longer than others – like the game’s single-player mode in World of Light. Depending on a player’s skill and other variables, using this method can take anywhere from 20-60 hours to unlock all the possible characters, making it a less than desirable path.

For the fastest legitimate way to unlock characters, players will find a lot of success within the game’s Classic Mode. This mode allows players to unlock various characters in a chain by playing as one of the original fighters. While this is quite fast it isn’t the fastest, not by a long shot.

By using exploits, players can speed up the process of character unlock fights, cutting the time down to collecting them all to around 90 minutes. While there is no record for how far players have traveled, there does appear to be some kind of hidden counter that fills up as more distance is covered over the course of all game modes with the exception of Overworld. After covering a certain distance, a Character Unlock fight ensues. YouTuber Austin John Plays details just how to accomplish this method, although it does appear to be quite a hassle.

Super Smash Bros. Ultimate is available for the Nintendo Switch. Players are thoroughly enjoying the game, some a little more than others. The delightful reception the game has had is sure to make non-Switch players just a little jealous.

How many characters have you unlocked so far? Let us know your thoughts on Super Smash Bros. Ultimate and more in the comments section below. As always, don’t forget to follow Don’t Feed the Gamers on Twitter for 24/7 coverage of all things gaming and entertainment. 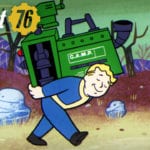 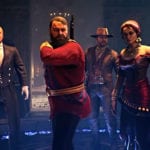