With the announcement of a release date and launch price for the PS5, also revealed were several big games coming to the next-gen console. One surprise reveal that capped the event was the announcement of the sequel to the 2018 God of War game. The reveal trailer for the game was mostly a single logo and slogan, “Ragnarok is Coming,” but fans have already worked to decode a hidden message found in the video.

God of War fans on Reddit released an image showing their work in translating the message found in the Ragnarok reveal trailer during the PlayStation 5 event last week. Fans noticed that the logo shown in the trailer had a series of runes along it. Using the Norse runic alphabet as reference, these fans were quickly able to discern which letters the runes were meant to represent, and what message they spell. Fittingly enough, the runes spell “Ragnarok”, which is referenced in the trailer once the logo disappears. 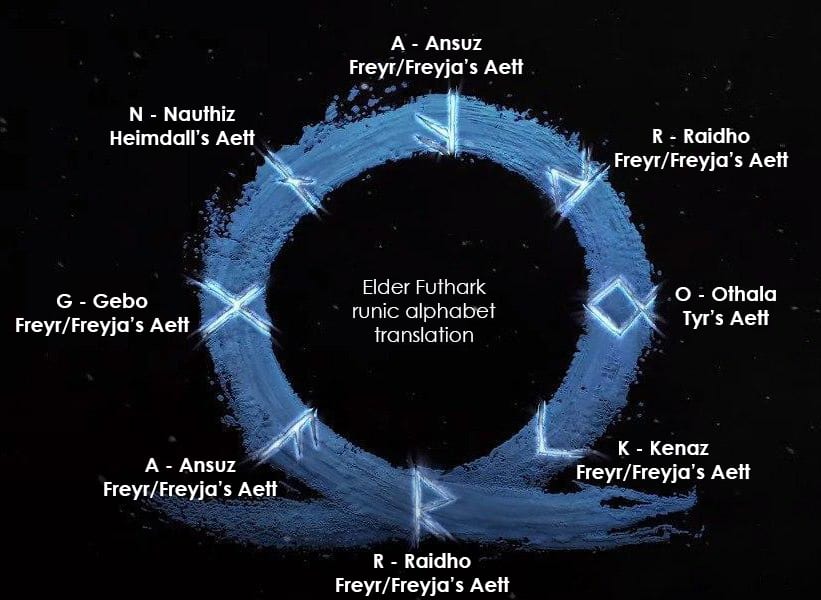 Several Ragnarok reveal trailer comments noticed that most of the particular runes used in the spelling of “Ragnarok” come from Freyja’s Aett, a particular subset of eight runes from the 24 runic alphabet. This has helped support fan theories that Freya from the first game will have more of a continuous presence in this new game. It has also helped support the idea that Kratos may have in some way inadvertently triggered the beginnings of Ragnarok, the Nordic apocalypse, due to his actions in the first game. Whatever the significance of this all means will likely be revealed in the new game. Until then, fans will surely be Runescaping every bit of footage seen of the game from now on.

What do you guys think about these fans decoding the God of War Ragnarok reveal trailer? Let us know in the comments below! Be sure to stay tuned for the latest PlayStation 5 news, such as the PlayStation 5 and Xbox One size comparisons made by one artist, here on Don’t Feed the Gamers! Follow us on Twitter to see our updates the minute they go live! 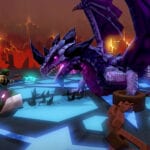