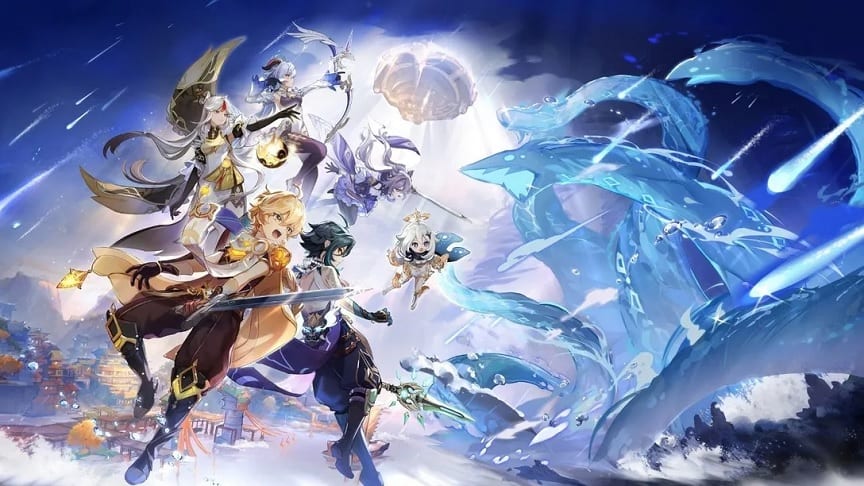 Despite being one of the most popular gacha games in recent memory, Genshin Impact developer miHoYo is still a bit finicky about which platforms the title comes to. Currently available on PC, PS4, and Android & iOS devices, the game will be releasing on Nintendo Switch later this year, with miHoYo also announcing last month that the title is coming soon to PS5. Now, it’s been revealed that Genshin Impact will be arriving on PS5 on April 28 alongside the game’s Version 1.5 update.

As reported on the PlayStation Blog, Genshin Impact will be releasing for PS5 with full native support on April 28, 2021, the same day as the release of Version 1.5. As one would expect, the arrival of Genshin Impact to the PS5 brings with it the usual enhancements: 4K resolution, enhanced textures, faster loading times, and controller support for the DualSense controller  Here’s the original announcement trailer from earlier this year:

Although Genshin Impact is coming to Sony’s newly released console, Xbox players are seemingly still being left out in the cold. Late last year, miHoYo disclosed that it has ‘no plans’ to release an Xbox version of the game. The ‘why’ behind this decision is unknown. As I postulated in a previous article, there is some possibility that Sony concocted some sort of exclusivity deal that keeps Genshin Impact off Xbox consoles for a certain amount of time, though there’s no actual proof that that’s the case. There is some chance that miHoYo simply has no interest in releasing the game on a Microsoft platform.

So, thoughts on the newly revealed PS5 launch date? Let us know in the comment section below, and as always, stay tuned to Don’t Feed the Gamers for all the latest gaming and entertainment news! Don’t forget to follow DFTG on Twitter for our 24/7 news feed!