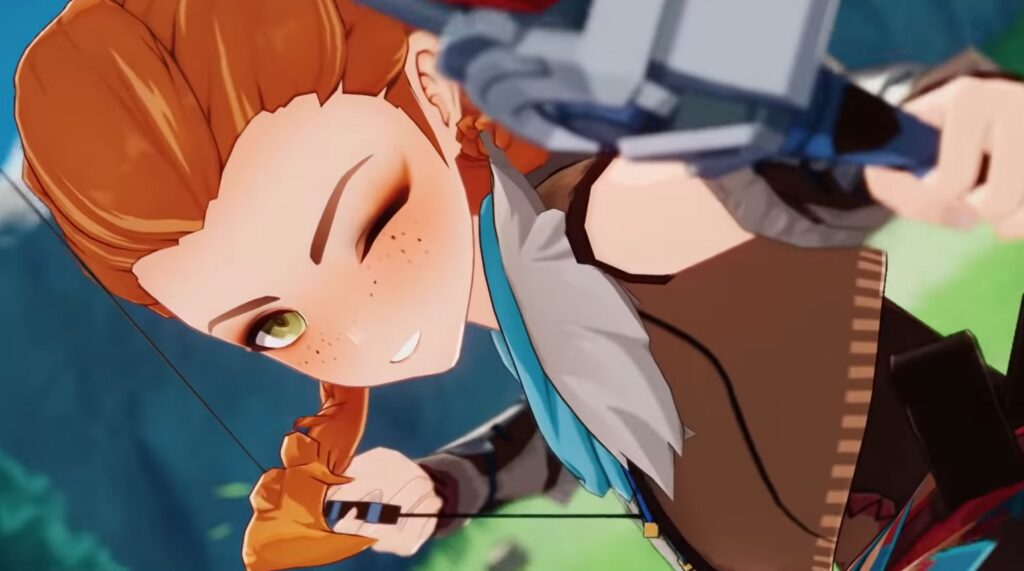 Genshin Impact Version 2.1 is arriving at the beginning of September, bringing with it new storyline quests, playable characters, and the addition of two new islands within the Inazuma region. One of the extra goodies PlayStation console users can look forward to is Horizon Zero Dawn’s Aloy, slated to release as a timed exclusive on the platform with the Version 2.1 update. Ahead of her arrival, Genshin Impact has released a brand new cinematic trailer featuring the Nora huntress.

The ‘exciting news’ planned for Genshin Impact at Gamescom 2021 effectively turned out to be yet another confirmation that Aloy is coming to the popular mobile game. That said, viewers were treated to some new footage of the huntress complete with sound, something that had been absent between the previously uncovered leaks and official footage revealed by Sony. Check it out below:

For those with keen ears, no, that does not sound like Aloy’s original English voice actor, Ashley Burch. While we know that Takagaki Ayahi – Aloy’s Japanese voice actor – is reprising her role for Genshin Impact, it appears that, for whatever reason, Burch isn’t voicing Aloy this time around. It’s possible she may simply be too busy, as there are several projects she is working on, one of them being Horizon Forbidden West. The releasing date for the upcoming sequel was also announced alongside the above footage, with the game now slated to release on February 18th for PS4 and PS5.

Genshin Impact Version 2.1 is slated to release on September 1st, 2021.

Thoughts on the new Aloy footage? How do you feel about Aloy’s original English voice actor not reprising her role for the game? Let us know in the comments section below, and as always, stay tuned to Don’t Feed the Gamers for all the latest gaming and entertainment news! Don’t forget to follow DFTG on Twitter for our 24/7 news feed!