Fortnite’s Tilted Towers May Be Getting Destroyed By A Comet 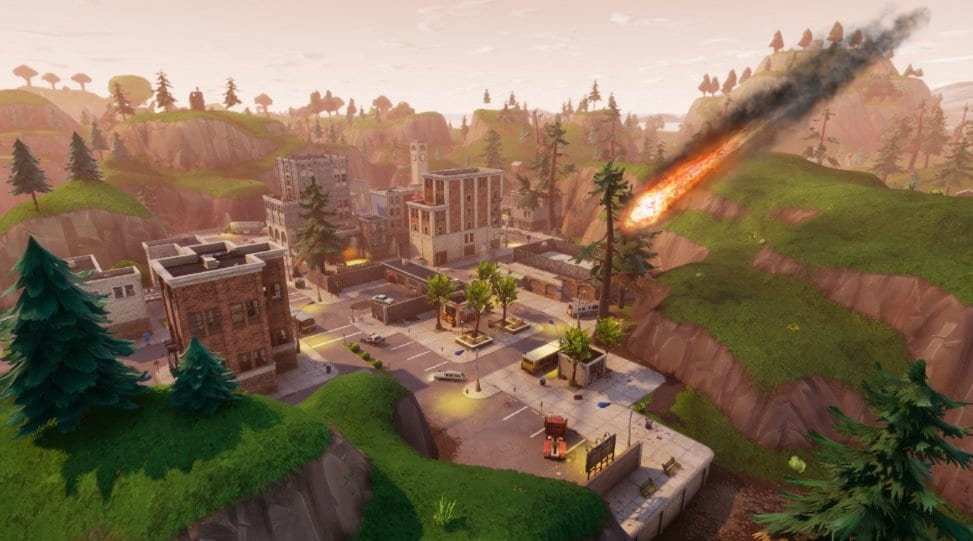 Fortnite’s Tilted Towers are a very high risk, high reward area within the game’s popular free-to-play battle royale mode. Typically players ‘hot drop’ there with the expectation that they’re probably going to die. For you PUBG players out there, picture Pochinki, but with jetpacks. As infamous as that particular section of the map has gotten, it appears that Epic Games may be looking to destroy the entire area in the most epic of ways: with a comet.

Those that have been playing Fortnite recently may have noticed a comet-like object that has appeared in the sky that is headed towards Tilted Towers. The comet appears to be getting closer, and it has sparked a fan theory suggesting that the combat-heavy area is marked for demolition by Epic Games in the most clever way possible. Here’s the breakdown of the theory courtesy of Redditor Tactical_Peperoni.

So, as we all know, Tilted Towers hasn’t seen much love from the devs lately and they obviously want it to disappear. Now I noticed this today, a bright blue meteorite in the sky, going towards TT and Telescopes with a blue reflection in their lenses. Also, the Battle Pass is space themed and towards the end of the Battle Pass tiers, an explosion is being hinted at. A nuke emoticon, flame stripes and a dinosaur banner symbol at the second last tier. My theory: Tilted Towers will be blown up at the last day of this season and the next thing to come up will be something space-related, maybe aliens or some fucked up shit. Also, the Fortnite map resembles Poland and Tilted Towers lies at approximately the same position on the map where Polands Poznań is located – the place where the Morasko meteorite struck. Coincidence? I don’t f**king think so!”

In addition to the above info, another Redditor by the name of IronRectangle discovered an actual comet in the Fortnite game files, confirming that the object isn’t simply a bright star in the sky. As of now the full ramifications of what a comet strike on Tilted Towers could be is unknown, though with April Fools Day coming up fast, anything can happen. Or perhaps Epic Games simply wants to clean the slate and build up something new in place of Tilted Towers.

So, thoughts on the seemingly impending doom of the Fortnite comet? What do you think the developer has planned? Let us know in the comments section below, and as always, stay tuned to Don’t Feed the Gamers for all the latest gaming and entertainment news! Don’t forget to follow DFTG on Twitter for our 24/7 news feed! 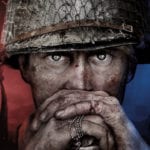 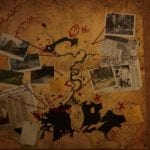