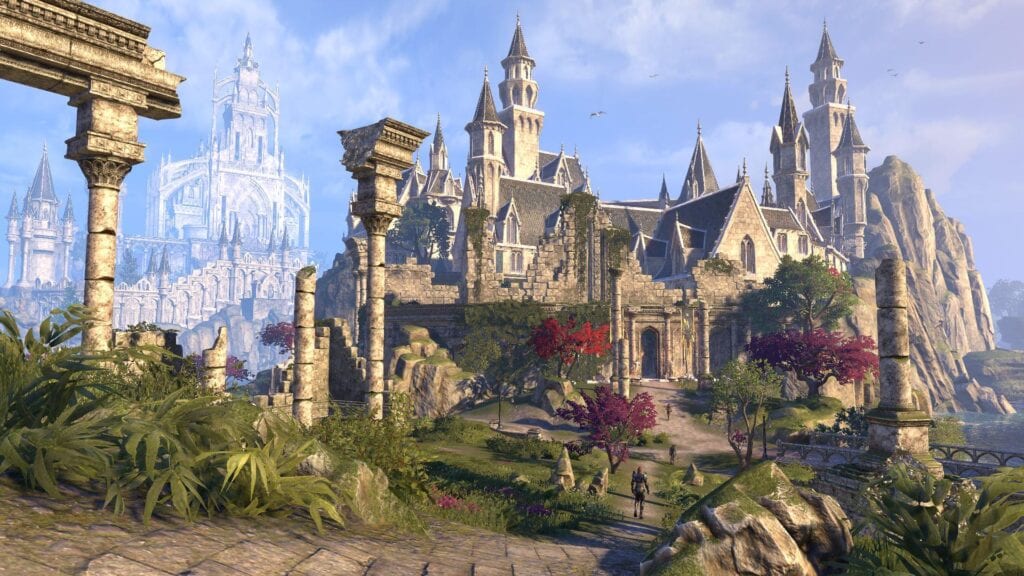 For those that enjoy wondering the streets of Tamriel 1000 years before the events of Skyrim, The Elder Scrolls Online has provided the perfect experience to do just that. After a successful launch of their last expansion, Morrowind, it’s time to set our sights on a different gaming experience: Summerset.

In a new video from Bethesda, we get an even closer look at the land of High Elves and learn about the new areas we can explore for the MMORPG. Enriched lore, stunning scenery, and new characters to fall in love with – it’s the perfect next step for the expansive adventure.

“Summerset Isle is a land like no other in Tamriel, and its beauty and history are reflected in the lives of the High Elves who live there. Watch our new trailer then dive into this feature article to learn about these proud and ancient people and the island they call home,” tells Bethesda as we journey into the land of High Elves.

Here’s what the developers had to say in their most recent announcement:

In ancient myth, when the first Elves came to Tamriel, they colonized the Summerset archipelago, including the islands of Artaeum, Auridon, and the largest of the three, Summerset.

All of the Elves of Tamriel originated way back in the mists of time from the legendary land of Aldmeris,” explains The Elder Scrolls Online’s Loremaster, Lawrence Schick. “For whatever reason, the Ancient Elves left their home in waves, and when they first came to Tamriel, they landed on the Summerset Isles.”

Summerset is the home of the race now known as the High Elves, but in theory all of the Elven races of Tamriel, including the Wood Elves and Dark Elves, originated from this island.

“Summerset was and is the cultural home of the Ancient Elves and the High Elves. It was on this island that they strove to reproduce and maintain their ancient culture as closely as possible to their legends and histories.”

It’s no secret that the High Elves believe they are the descendants of the Aedra, the ancient mythical “gods” who created Nirn. They hold that their people, by virtue of their Ancient Elf heritage, are closer to the old spirits than any other mortal race. It is this belief that—fairly or not—has led to a reputation that labels the High Elves as pretentious and arrogant, but it also clearly informs their daily life and culture. The result is a land built in reverence for an ancient and mythical past.

“When building Summerset, the primary thing that we were trying to show was the history of the people who live there,” explains The Elder Scrolls Online’s Art Director, Jared Carr. “Players can explore the ruins of ancient Elven architecture throughout the zone, and see in the cities how the more recent High Elf civilization has continued to build on top of those ancient foundations.”

When you arrive in Summerset, you’ll begin to discover exactly how the proud history of the High Elves is reflected in almost every aspect of their lives.”

When it comes to creating their ideal home, the High Elves are without peers.

“In whatever pursuit or profession a High Elf dedicates their life to, they aspire to do the best that they possibly can,” says Lawrence. “They’re woeful perfectionists.”

High Elf society strives to create and maintain a world that they believe mimics their ancient home and divine ancestry. This ethos is carried into all of their works, whether related to their professions, interests, or personal lives. It can even be found in the way they govern and interact with the other mortal races of Tamriel.

“The High Elves are a traditionally proud and domineering people,” says Carr. “And their feelings of superiority are reflected in the tall buildings and spires of their large cities. Summerset Isle itself is a sculpted landscape, a controlled wilderness.”

When exploring Summerset, you’ll see this aspect of their culture in the shimmering white towers and perfectly manicured gardens of their cities. Even when venturing into the wilds you’ll discover an untamed natural beauty unmatched anywhere in Tamriel.

This beauty can be seen in the vibrant flora that covers Summerset’s wilderness and the colorful coral formations that circle its coasts. As you wander and explore, you’ll find yourself surrounded by the warm, living colors of the High Elf homeland.

“In addition to more vivid greens, the colors of the flora were weighted towards crimson, purple and pink, similar to Japanese maples and cherry blossoms,” explains Carr. Life on the island on Summerset is vibrant and untamed, but it is also pristine–not necessarily manicured like the High Elves’ cities, but immaculate and ethereal.

In the time of The Elder Scrolls Online in the Second Era, the High Elves’ sense of vanity and superiority are challenged when Queen Ayrenn decrees that the borders to Summerset be opened. For the first time in recorded history, a steady influx of different races, goods, cultures, and ideas has begun to flow to the island.

“For generations, most High Elves on Summerset lived their lives without ever meeting any of the other mortal races. So this is potentially, depending on the personality of the High Elf, quite a culture shock,” explains Lawrence. “They’re meeting people who they have been told all their lives are beings who don’t live right. Beings who have improper beliefs and behaviors. And even worse: they’re unpredictable.”

The island inhabitants’ reaction to the newcomers is something you’ll experience firsthand upon your arrival, and it will be clear from the very start that the resident High Elves’ opinions of the decree are quite mixed.

“There was very little preparation before this occurred, but now the Queen has brought all the races of Tamriel into the world of the High Elves,” explains Lawrence. “Most of them will kind of shrug and continue doing things as they always have. A few might be irritated and annoyed, and might even take steps to express that. Others might be surprised to discover they like it!”

However the locals might feel about you and your fellow outsiders, change is coming, and you’ll play a big part in that transformation as you discover what is truly going on inside the home of the High Elves.

The Elder Scrolls Online: Summerset expansion arrives on PC May 21st, while making its way onto the Xbox One and PlayStation 4 platform the following month on June 5th. For those that pre-order the title, the Queen’s Bounty Pack bonus will be applied as well as the base game itself and the previous Morrowind expansion.

What are your thoughts on the next expansion? Are you excited to jump back into the world of Tamriel with your friends? Sound off with your favourite Elder Scrolls memories, and don’t forget to tune into DFTG on Twitter for gaming and entertainment news live 24/7! 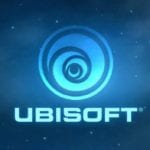 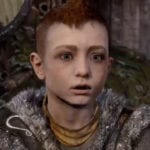 God Of War: Kratos' Son Atreus Was Almost Cut From The Game