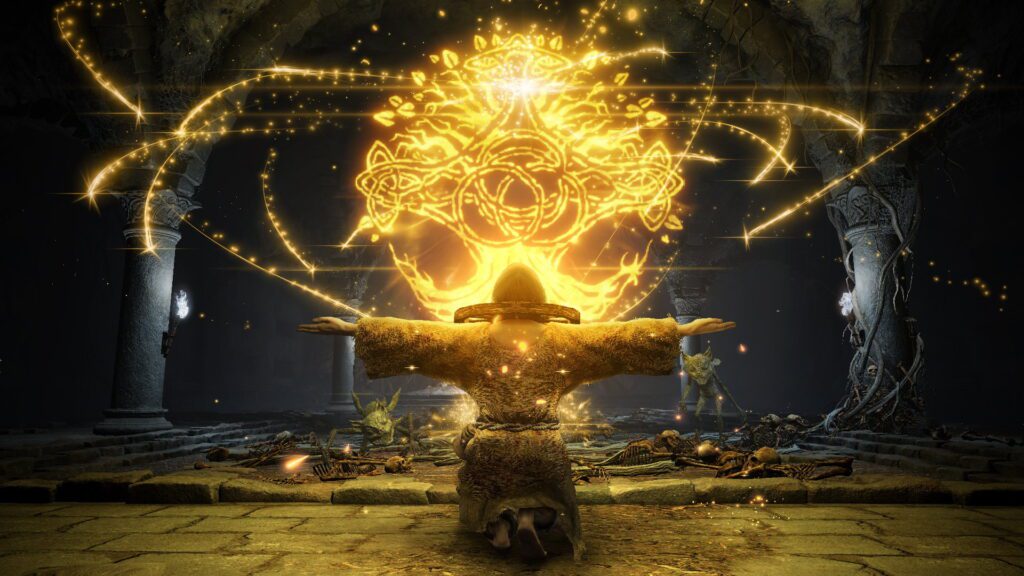 With 2022 finally kicking off, gamers are looking forward to all of the great titles that are coming in the new year. Anticipation is high for these games, with one of the biggest being Elden Ring. The game will mark a unique collaboration between beloved developer FromSoftware and iconic fantasy author George R. R. Martin. While the game has suffered some slight delays due to complications in development from the pandemic, the project has been steadily progressing and promised an update sooner rather than later. Now, gamers can finally rest their heads easy, as Bandai Namco has released an update stating that Elden Ring goes gold.

Bandai Namco has recently released a new lengthy video on their official YouTube channel for the 2022 Taipei Game Show digital event. The presentation showed off new gameplay explaining the basics of the dark fantasy action RPG and also confirmed the game’s current gold status. FromSoftware producer Yasuhiro Kitao described the latest milestone on the game’s development in the video as such:

“But please be assured, the title will be ready for sale on February 25th. The master version has already been submitted, and right now, the team is working on a day one patch, to make sure everything in the game is just so.”

For those unaware, for a game to go gold, it essentially means that the finalized version of the game is ready to be mass-produced and released on physical and digital store shelves. However, as the video mentioned, Elden Ring still will likely have some sort of day-one patch (like many modern big-budget games do) that has updates that were created after the gold version of the game was finalized. Hopefully, all of this news calms Elden Ring fans that have been maintaining their patience for years now, and feels like the warmth of a calming bonfire.

What do you guys think about this update from Bandai Namco claiming that Elden Ring goes gold finally? Let us know in the comments below! Be sure to stay tuned for the latest gaming news, such as Microsoft’s aim to put as many Activision Blizzard titles on Xbox Game Pass in the future with their acquisition of the company, here as Don’t Feed the Gamers! Follow us on Twitter to see our updates the minute they go live!