Apex Legends is taking the video game industry by storm right now, and there’s no surprise there. Having reached well over 10 million players in the span of three days, it’s gaining traction with unbelievable speed. Better yet, Respawn and EA are considering cross-play compatibility for said game and others like it. Whether this feature will become a priority in the near future remains to be seen, but Respawn Entertainment CEO, Andrew Wilson, is positive about about the future.

During an earnings call, Wilson told investors about their current investments in cross-play possibility. At this time, it’s not as widely used as they had hoped, especially in terms of their popular sports franchise FIFA. However, the possibility remains for titles such as Apex Legends. According to Wilson:

We think cross-play and cross-progress is going to be a very important part of our future, and you should anticipate that we’ll be doing more in that space. What our information would suggest to us is that there isn’t a tremendous amount of play across devices, but that overall liquidity in any gaming community is a good and positive thing, even if it’s only a few people or a small portion of the community that utilizes that.

We absolutely are looking into that in the context of Apex, and we’ll be looking at that across our portfolio over time. We think about franchises with tremendously large communities like FIFA, and we think that they would absolutely benefit from cross-play and cross-progress, as more and more people come into these big communities.”

With that said, the future of cross-play compatibility from EA and Respawn isn’t clear, but it is in the plans. Based on how Wilson phrased their intentions might be telling of a slow-moving tractor toward this general direction rather than a high-speed rail train. Of course, if there’s enough demand, it’s bound to happen soon enough. For now, they’ll stick with Apex Legends.

What do you think about EA placing their efforts in this feature? Is this something they should continue onward toward or is it a lost cause? Let us know what you think in the comments section below or start a conversation on Don’t Feed the Gamers Facebook page. To stay up to date on gaming and entertainment news as it happens, follow us on Twitter! Here are some of our latest: 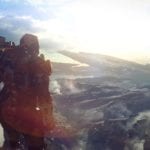 PS5 And Next Xbox Will Allow Anthem Save Transfers From This Gen, Says BioWare