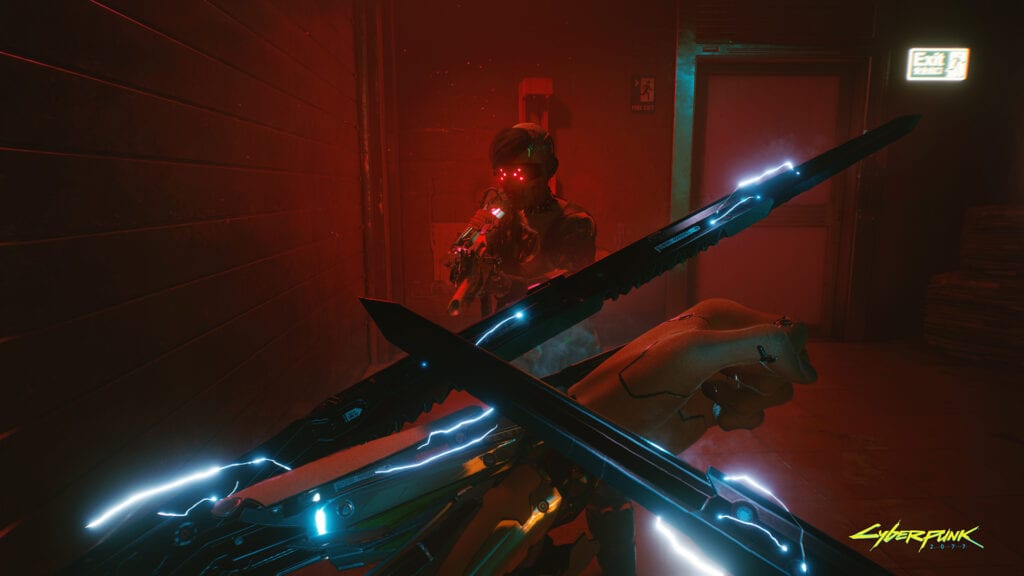 Anticipated for the better part of a seven-year development cycle, Cyberpunk 2077 found itself in a world of problems upon its well-publicized release. Though the futuristic RPG fared very well on PC, the game was notably met with immense criticism for its glitch-ridden console ports, resulting in widespread refunds as well as potential litigation against developer CD Projekt RED. In the wake of a disappointing launch, the studio has begun preparing significant fixes for the game, though, at the cost of a major delay for all post-launch content.

As per a recent blog post, CD Projekt expressed apologies to fans and reaffirmed its commitment to squashing all the outstanding bugs on consoles. The studio’s immediate effort has unfortunately placed an extensive delay on all DLC, including such content as the upcoming “Early 2021” update as well as the long-touted next-gen upgrade for PlayStation 5 as well as Xbox Series X/S. While no timeframe was established, the developer assured these updates would still arrive in 2021, though, the next-gen upgrade wouldn’t release until at least the second half of the year. 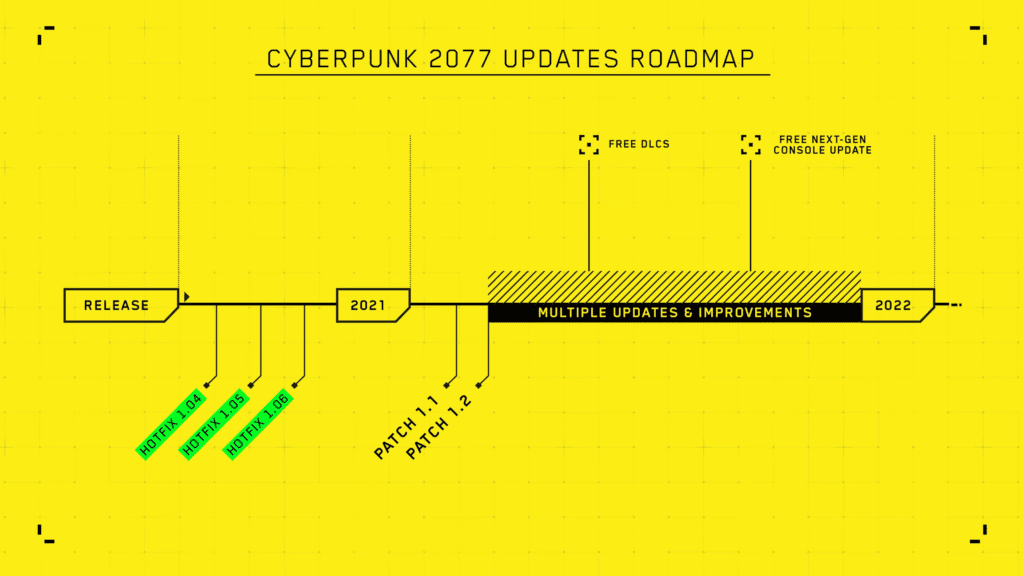 In an accompanying video, CDPR’s ​​Marcin Iwinski explained the original post-launch plan called for updates to begin appearing “just after the release” of Cyberpunk 2077, similarly to the studio’s previous title The Witcher 3. ​​However, plans significantly changed over the eventful past month, as CDPR is now focused on repairing the game’s “most important fixes and updates” before eventually moving on to add-on DLC. Though post-launch plans are on hold for the time being, CD Projekt has confirmed fans can still ​​”expect more information in the upcoming months.”

While it’s an undoubted bummer for all this content to be delayed in favor of a vague 2021 release window, console users are likely pleased to see each platform’s infamous glitches taken seriously. The first of the game’s major fixes are set to start rolling out as early as next week, with Iwinski confirming the first major patch would arrive sometime before January 23rd. A second, more significant patch is slated to release in the following weeks and is supposed to address some of the more problematic issues experienced by players.

What do you think? Are you bummed to see all Cyberpunk 2077 DLC take a backseat for the time being, or are you just glad that CDPR is taking its promise to console users seriously? Let us know in the comments below and be sure to follow Don’t Feed the Gamers on Twitter and Facebook to be informed of the latest gaming and entertainment news 24 hours a day! For more headlines recently featured on DFTG, check out these next few news stories: