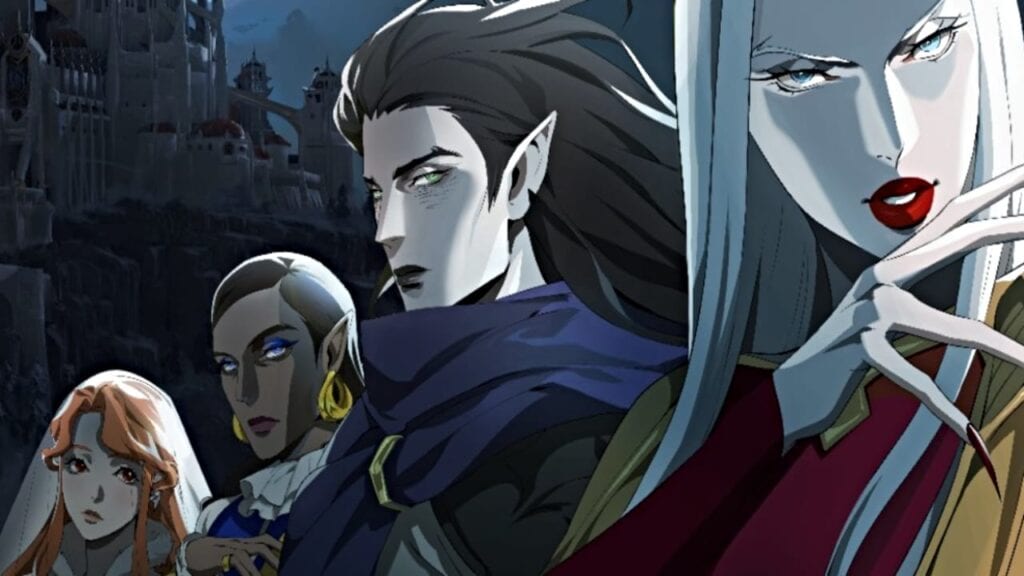 Whether you loved or hated the way Castlevania season 2 ended, the third one is nearly upon us all. Based on the video below, it looks like separate forces are determined to enslave or kill off the human race and it doesn’t seem to rule in favor of humans. In the latest Castlevania trailer revealed by Netflix, the crew returns with another season full of “psychedelic horror.” Check it out:

It looks like there won’t be a shortage of action-packed combat and not-so-light bondage…maybe? Poor Hector, or great for him because there ain’t no kink-shaming in this house! Netflix previously teased gorgeously illustrated poster for Castlevania season three, which featured new and familiar faces to the roster. Aside from the main protagonists, there are additional characters gracing the scene as well.

In other Netflix news, there was a recent leak that revealed that the company is currently producing a Resident Evil TV series. They even have plans on creating a One Piece live-action in the works. For now though, Netflix subscribers can enjoy the  Dragon Quest animated film. It looks like Netflix is on an anime binge right now, but we’re not complaining. The company is spreading their wings to all types of fandoms and hobbies. After all, the more subscribers the merrier! Also, money.

Did you swear off of Castlevania after the ending of season 2? Does the trailer for the next one entice you to dive back in? Whose side are you on? Let us know what you think in the comments section below or start a conversation on Don’t Feed the Gamers Facebook page. To stay up to date on gaming and entertainment news as it happens, follow us on Twitter! Here are some of our latest: