Vinyl has made a proper comeback in terms of popularity and use. Whether you own one from way back when, a classic player, or the modern hipster remakes held within suitcases, there’s no denying that they’re the best new thing in music players. There are vinyl releases for series like The Witcher, Sonic Mania, Fallout 3, Dark Souls, The Legend of Zelda: Ocarina of Time, name it and it probably exists now. That’s exactly why Rare, a UK based Xbox game developing studio, has released three separate vinyl soundtracks for Battletoads in Battlemaniacs, Viva Vinata, and Conker’s Bad Fur Day. In collaboration with music publishing company iam8bit, they’re appropriately outfitted with totally radical slip covers and disc designs. Check out the images below for a closer look:

Bad Fur Day and Viva Pinata feature a two discs each with the latter hosting metallic, cotton candy themed colors and a blinding brightness to boot. With the holiday gift-giving season upon us, it wouldn’t be a bad idea to get the 90s and 00s kid in one’s life a run for their money! Why not accompany the memories of excessive cartoon-y violence with the captivating melodies of the respective era? Well, that doesn’t include the youthful cheer of Viva Pinata.

All three vinyl soundtracks feature the original musical composers such as David Wise, Robin Beanland, and Grant Kirkhope. Battletoads in Battlemaniacs is retailing on iam8bit’s site for 28 USD, while the remaining two are looking at 35 USD each. Pre-orders begin on Friday, November 24th (Black Friday), and include a digital soundtrack alongside the remastered vinyl ones seen above. Though they won’t make it in time for December, shipping for these masterpieces begin the second quarter of 2018.

To get ready for the sale, check out the Rare’s collection at the official iam8bit store! What do you think of vinyl soundtracks making their mark in the modern age? Out of the three mentioned, which are you most likely to purchase? Let us know in the comments section below or start a conversation on Don’t Feed the Gamers Facebook page. To stay up to date on gaming news as they happen, follow us on Twitter! Here are some of our latest: 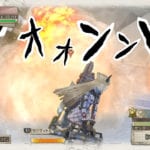 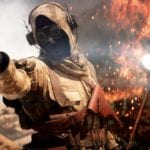