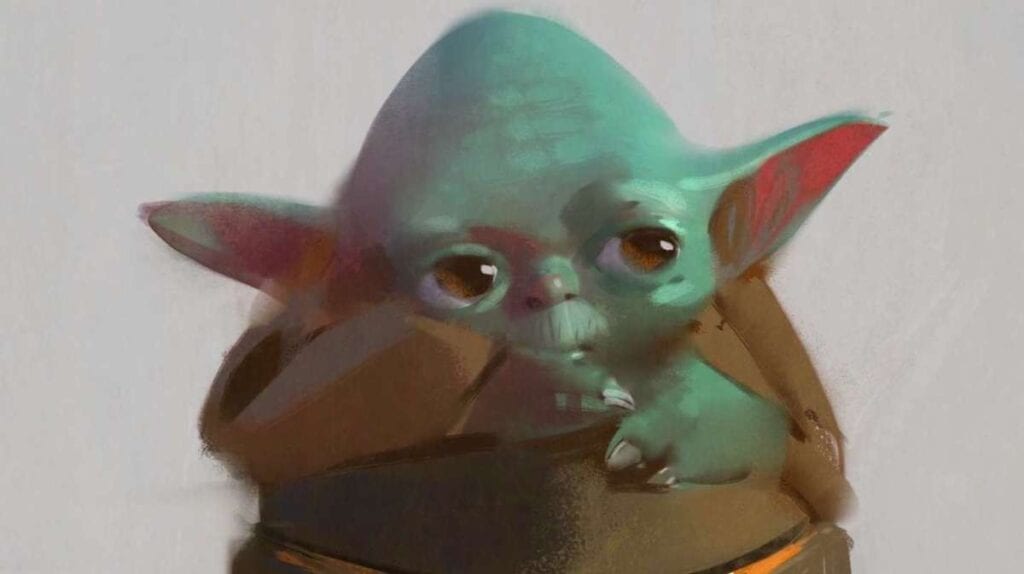 As the streaming wars wage on with HBO Max entering the ring this past week, Disney+ has managed to hold strong. The Mouse House certainly owes much of this success to none other than the surprise hit character Baby Yoda, aka “The Child” from The Mandalorian. The cute little green alien won over the hearts of many, and has spawned a lot of merchandise for The Child, including a life-size Hot Toys figure. Now, some new Baby Yoda concept art has been released that shows what The Child was originally intended to look like, and it may make some second guess if he would’ve been so popular in that rougher form. 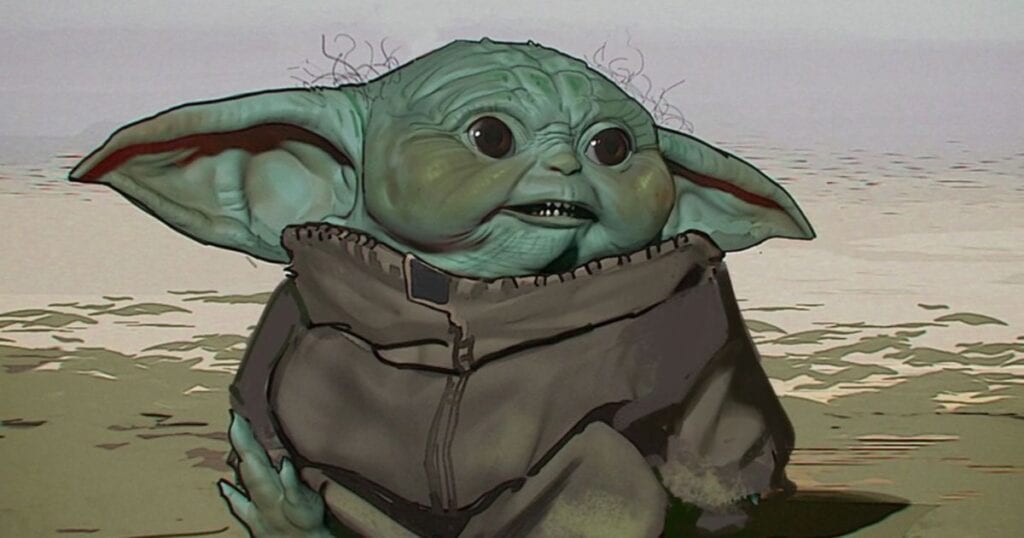 As reported on Vulture, Disney recently released new Baby Yoda concept art in the latest episode of their eight-part documentary series Disney Gallery: The Mandalorian. The latest episode focused on the practical special effects used for the show, including Baby Yoda, known as “The Baby” or “The Child” by everyone on the cast and crew of the show. Showrunner Jon Favreau sought inspiration from the VR film Gnomes & Goblins he had been working on for the character, as well as the original Yoda himself. As he states:

Eventually, this rougher Baby Yoda concept art became the right balance of cute and realistic that we all know and love. The Baby puppet took three months to create, and would require four puppeteers to operate. The Child was originally going to have more CG applied to bring him to life, but thanks to the advice of Werner Herzog (The Client in The Mandalorian), the practical puppet was used almost exclusively. It’s hard to think of The Mandalorian without Baby Yoda at this point, and the precious child is the best hope for our, or any, galaxy in these dark times.

What do you guys think about this Baby Yoda concept art? Let us know in the comments below! Be sure to stay tuned for the latest Star Wars news, such as Simon Pegg’s stated interest in returning to Star Wars as Dengar in The Mandalorian, here on Don’t Feed the Gamers! Follow us on Twitter to see our updates the minute they go live!