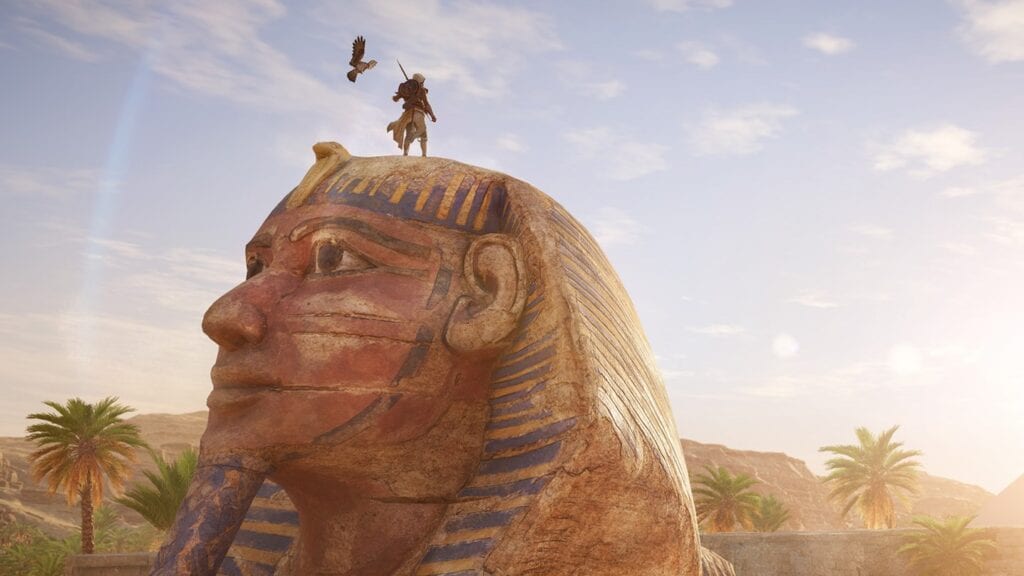 Ubisoft has always taken a considerable amount of time in recreating the unique settings of each game in the Assassin’s Creed series. Their latest title Assassin’s Creed: Origins will be no different, the team having incorporated many historically accurate elements into the game’s Ancient Egypt environment. Now, the developer has announced Assassin’s Creed: Origins Discovery Tour, a casual mode designed to remove all missions and enemies from the game. While using the mode, players will be free to ‘smell the roses,’ and openly explore the beautifully reconstructed world of ancient Egypt.

When in ‘Discovery Tour’, the entirety of the game’s Egyptian locale will be open for exploration. These include historical sites such as Alexandria, Memphis, the Nile delta, the Giza plateau, the Faiyum Oasis, as well as the Great Sand Seas. Story missions, enemy combat, and time limits will all be frozen while players take in these sights. 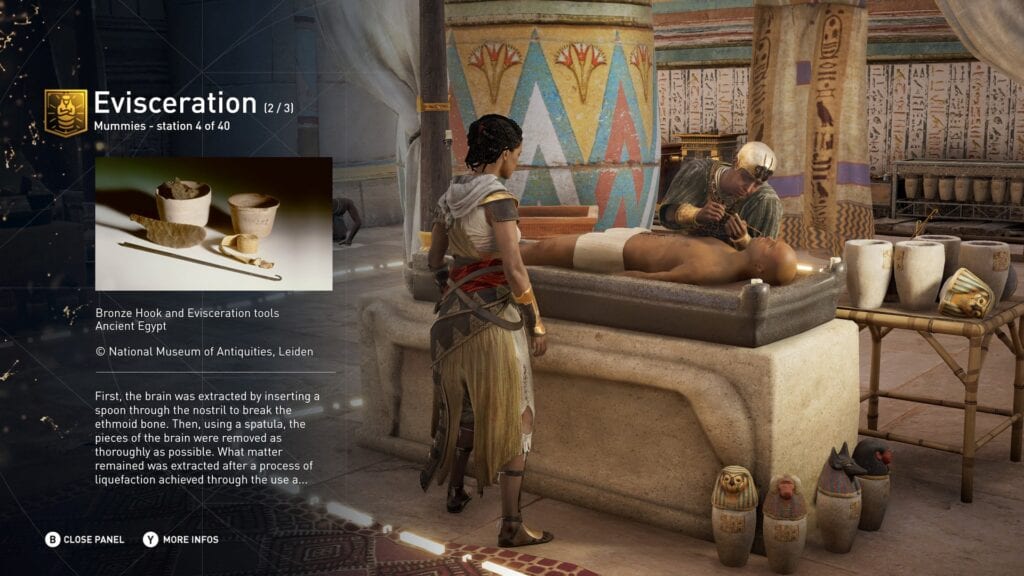 Other than providing enjoyable ambience, the purpose of Discovery Tour is to offer a learning experience. Players will be able to engage in dozens of “guided tours” placed all around the ancient Egypt environment, organized by real-life experts and historians. A few examples of these tours include the Great Pyramids, the life of Cleopatra, and the mummification process, a screenshot of which can be viewed above.

Assassin’s Creed: Origins will be available on October 27 for PC, PlayStation 4, and Xbox One. Unfortunately, Discovery Tour mode will not be available in the game at launch, but will instead be available as a free update in early 2018.

What do you think? Does this seem like an interesting way to enjoy an Assassin’s Creed title, or do you feel that the Origins Discovery Tour is just a useless addition? Let us know in the comments below and make sure you follow Don’t Feed the Gamers on Twitter so you can be informed of the latest gaming and entertainment news 24 hours a day! For more news, check out these next few news articles: 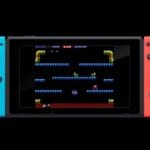 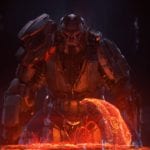