Few things inspire wonder like myths of ancient times. Consider the astounding sales for the God of War franchise, particularly the newest game. Ubisoft is capitalizing on that adoration with Assassin’s Creed Odyssey, which will provide gamers the most complete look at Ancient Greece in gaming history.

Ubisoft released their fourth “Behind the Odyssey” video on YouTube, which detailed the team’s research into Ancient Greece. Mythology will play an essential role in Assassin’s Creed Odyssey. Greek legends rival that of any civilization in depth and total numbers. It will be interesting to see which they choose from, in addition to the Medusa and Atlantis. Given the game’s timeframe, the mission “The Blind King” will likely cover an encounter with Oedipus Rex.

The team emphasized Greece’s dynamic landscapes as a key cog in Assassin’s Creed Odyssey. The team visited the country and saw a wide variety of terrains and biomes to utilize. Players will be able to scale mountains, sail over turquoise seas, and hunt in dark forests. The goal, as stated in the video, is to make sure that players embark upon their own personal odysseys. That landscape variety should help Ubisoft provide players with more variety in their missions as well.

Some aspects of developing Assassin’s Creed Odyssey proved more troublesome than others. Athens, for example, still retains many of its historic structures, such as the Parthenon. On the flip side, the isle of Mykonos lacks any of its ancient buildings, forcing Ubisoft to dig deep for their reconstruction. Records provided keen insight into historical figures, like Socrates and Hippocrates, allowing the team to create the most realistic depictions possible.

The team made sure to mention how politics shaped Greek society and art, especially during the Peloponnesian War. What I find interesting is the separation between what the Creed stands for and the two warring powers. Alexios/Kassandra fight for Sparta, which was ruled by kings, while Athens created the world’s first democracy. It seems that the Assassins would more likely fight for the people. Of course, Assassin’s Creed Odyssey stars a pair of proto-assassins. Still, I would not be shocked if the playable character shifts his/her beliefs throughout the course of the game.

Ubisoft has displayed a sharp eye for detail and accuracy for years, especially when it comes to Assassin’s Creed. The extensive reporting on Odyssey’s development prove they won’t be stopping any time soon.

Assassin’s Creed Odyssey releases for PC, PlayStation 4, and Xbox One on October 5. Preordering the game earns early access on October 2. 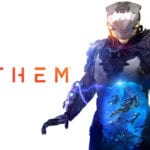 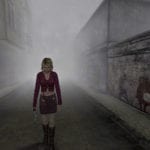