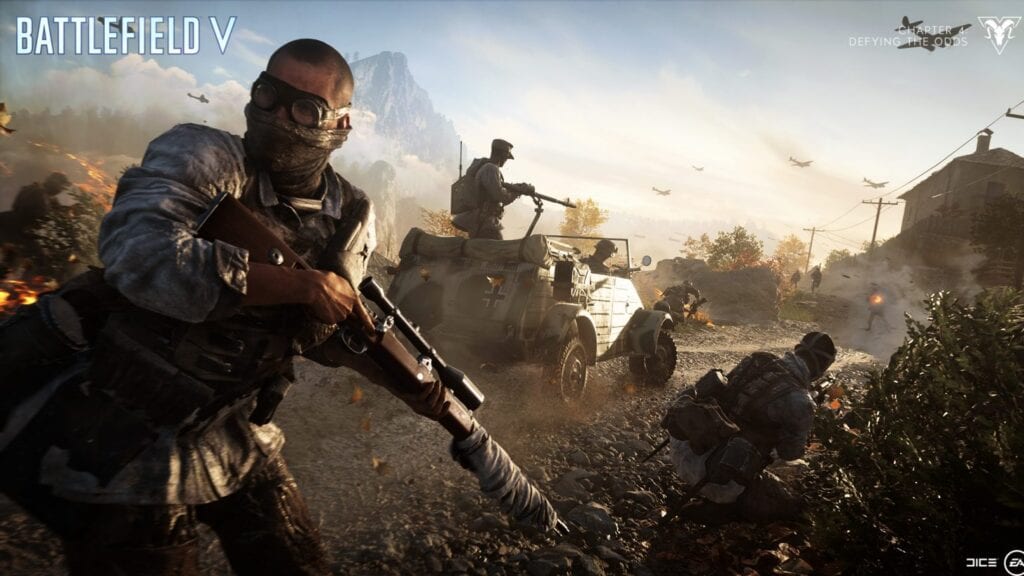 Live at EA Play 2019, DICE and Electronic Arts showed off a ton of fresh content for Battlefield V. Approaching Chapter 4: Defying the Odds, players will see four new maps this Summer. Later down the line, fans will see a map inspired by Battlefield 3’s Operation Metro called “Operation Underground.” Even more exciting is the sneak-peek at Chapter 5, where fans will return to the Pacific Theater, and the United States and Japan enter the fight. Check out all the details below:

We know you’ve been hungry for more maps. Therefore, we were pleased to reveal that a lot of fresh fighting grounds are being cooked up. First stop: The North African desert. Coming in June, the Al Sundan map is based on the vista used in the single player War Story Under No Flag. Optimized for all-out multiplayer action, the location focuses on large distances, vehicle-based teamplay, and battles across all ranges. Al Sundan is classic Battlefield. We can’t wait to let you play it.

Following the release of the Mercury map, the Battle of Greece will continue with Marita. Here, you’ll deploy on a sloping mountain ridge and within the tight streets of a rural town, where Allied forces are making a last stand to halt the Axis army. Marita is an infantry-focused map, where all four soldier classes will be able to shine. Tanks and aircraft will stand aside for intense infantry gunfights and sneaky flanks in the cobbled streets. We look forward to letting you tackle this vertical environment as the Battle of Greece rages on.

Fans of the classic Operation Métro map are in for a treat as we lifted the veil on another upcoming map: Operation Underground. Inspired by the fan-favorite Battlefield™ 3 map, it will deliver tight, infantry-focused action with more flexibility and new, fun ways to get around. The areas will be diverse, and different playstyles will be supported, as you fight through urban streets, courtyards, the plaza area, service tunnels, train platforms, and more. This one’s coming in October.

Destroy an explosives production factory in Lofoten Islands. Unseat the Axis occupation in Provence. With Chapter 4: Defying the Odds, two new and intense close-quarter maps are coming to Battlefield V. By popular demand, we’re bringing more maps to players craving tighter types of multiplayer. Specially tailored for intimate infantry combat, the new battlefields will challenge your squad in unique ways. Teamwork, skill, and adaptation are your keys to victory.

Deploy in the Pacific in Chapter 5

Last, but far from least, was an exciting reveal: Battlefield V will reach the Pacific this fall with Chapter 5!

The Pacific Theater has been part of the Battlefield DNA ever since the game-changing debut of Battlefield™ 1942. Now, we’re crafting the ultimate reimagining of the conflict. As the U.S. and Japan enter the fight, expect additional maps, including a modern take on an absolute Battlefield classic: Iwo Jima. You’ll be able to use amphibious units to pummel the war-ridden shores and an expanded arsenal to rouse your squad to victory.

For a visual timeline, check out the infograph, below:

Chapter 5 arrives this Fall! Awesome. Out of all the new maps arriving in Chapter 4: Defying the Odds, which one are you stoked about trying this Summer? Al Sundan looks epic, but the two new areas specified for close-quarter combat look fantastic for those look for a challenge!. Let us know what you think in the comments section below or start a conversation on Don’t Feed the Gamers Facebook page. To stay up to date on gaming and entertainment news as it happens, follow us on Twitter! Here are some of our latest:

Battlefield V is available to play on PC, Xbox One, and PlayStation 4. 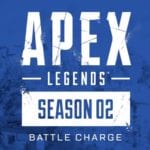 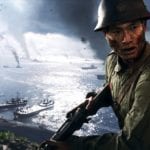