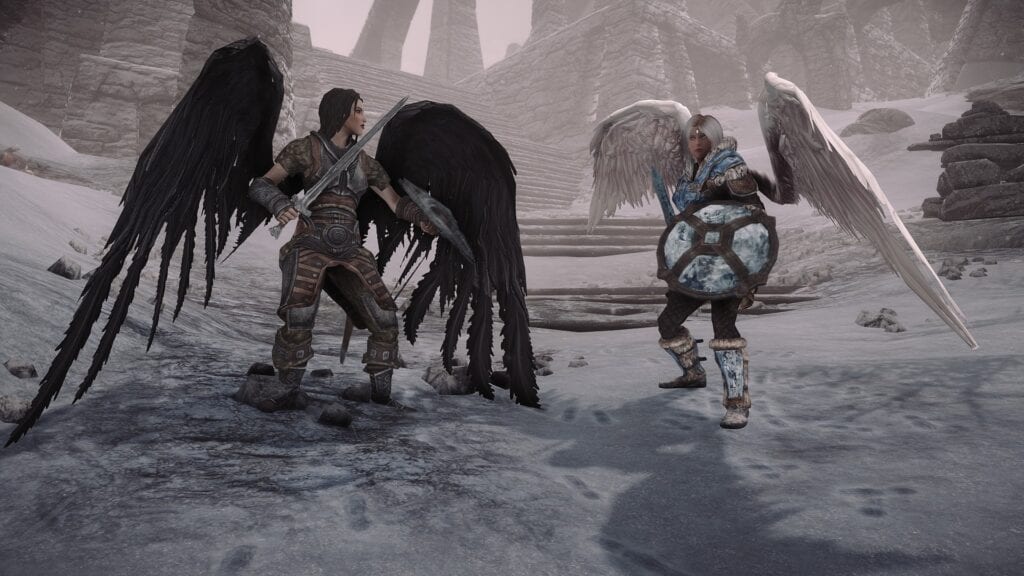 The mod community for The Elder Scrolls V: Skyrim has always excelled at adding extra layers of content and depth to Bethesda’s award-winning open-world RPG, whether it be through mods geared towards improving the title’s graphical capabilities, or adding on hours of new story content onto the base game. The community over at Nexus Mods hasn’t shied away from altering character appearance either, though, which brings us to the ‘Animated Feathered Wings’ mod.

Created by Milisot1325 and upgraded by Delta 6, the Animated Feathered Wings add – you guessed it – animated feathered wings to Skyrim Special Edition with the tag line being “play as an angel, divine being, or cross-bred freak of nature.” Here’s a video featuring how the wings work in-game:

Based on the mod for ‘Animated Dragon Wings’, Delta 6’s version comes in four different styles: ‘Old’, ‘Guardian’, ‘Sorcerer’, and ‘Soul Hound’ with each style capable of many different color schemes. The mod itself adds 30 craftable mutagens to Skyrim, which – when created at any cooking station – allows the player to permanently attach wings to their character. Rest assured, there is also a “Cure Mutations” potion if the player tires of the look. Keep in mind that changing a character’s race (or turning into a vampire lord or werewolf) will also remove the wings.

Unfortunately, equipping the wings will not allow the Dragonborn to fly. There is, of course, another mod for that. Increasing a player’s jump height is something altogether different and Delta 6 has instructions available for those looking to increase their jump height over on the mod’s page.

So, thoughts on the Animated Feathered Wings mod for PC players? Plan on giving it a try? What other mods have you installed for Skyrim? Let us know in the comments section below and, as always, stay tuned to Don’t Feed the Gamers for all the latest gaming and entertainment news! Don’t forget to follow DFTG on Twitter for our 24/7 news feed! 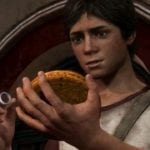