[UPDATE] Overwatch Game Designer Geoff Goodman released this statement as of January 30th regarding the changes to the hero Bastion:

By now, most Overwatch players have at least heard of the Capture the Rooster event going on now to celebrate the Chinese New Year. With the latest holiday celebration comes a lot of nerfs and buffs to some of our favourite characters (D.Va, nooooo!). Looks like Bastion won’t be safe after the latest rounds of tweaks, Principle Designer Geaoff Goodman says that they are looking at the bird lovin’ bot next for some changes.

I’m actually working on some changes for him right now. I’m not quite sure when these changes will hit the live game, we’re still testing different things internally.”

PTR (public test realm) players, stay on guard! It doesn’t look like we have a timeline, YET, but Blizzard has been very consistent with rolling out new content, new changes, and fun events. It will be interesting to see what changes they make to Bastion, he is one of the few characters that have been mostly untouched since launch. Some characters got completely overhauled, while others just saw minor tweaks to play style.

Bastion is definitely a controversial character in regards to matches. Many players saw him as overpowered with his ability to deal out massive damage and self-healing – all the while keeping completely stationary. His ult (ultimate attack) is impressive, as well. Gamers might be surprised to see that even though he seems to dominate PotG highlights, he is actually one of the heroes that experiences the lowest winrate, or playtime, out of all of the characters on the roster. You can see the full data tracker right here to compare stats.

Jeff Kaplan took to the forums to discuss what exactly goes into making changes in-game. Both with aspects like Capture the Rooster and buffs and nerfs to the character selection. He talked about statistics, community feedback, and much more when he boasted the developers’ “own instincts as players and designers”. The company as a whole has done much for the Overwatch community, and they put a lot of thought into every step. As players of the game, this is fantastic to see.

There isn’t a formula that tells us when or how to make changes. We carefully use the three guiding categories above to help lead us to the right decision. Those three categories don’t all weigh equally in every decision as well. For example, according to Statistics, Symmetra was fine and did not need to be touched at all. But our instincts and player feedback was contrary to what the stats were showing. Obviously, we made changes in spite of the statistics, not because of them.”

If you haven’t already checked out the Year of the Rooster event that is running until February, you can read all about it here. Interested in seeing some gameplay? One of our editors had some fun on our Twitch channel doing her best to capture the flag in several intense matches. We finally won the last one, embarrassingly enough.

What are your thoughts on Blizzard’s FPS, Overwatch? Are you a fan like a lot of us here at DFTG or do you think it is another overrated title in a sea of FPS’s? Join in on the conversation and tell us your thoughts! Don’t forget to stay tuned with DFTG for all of your gaming news! 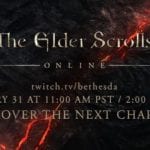