Ubisoft has always taken pride in keeping its Assassin’s Creed series on the move, seldom sticking to one country or continent for very long before moving on to try something new, an ideal on full display with the latest entry in the series, Assassin’s Creed Origins. Now that ancient Egypt has been explored, fans of the series are now wondering what’s next for the epic struggle between Templars and Assassins, with some evidence pointing to China as the next destination for the series. Now, based on some recently released Ubisoft concept art, we may have an idea of what’s next.

A concept artist working at Ubisoft Milan recently posted a few images on ArtStation that quickly excited Assassin’s Creed fans. The image at the top of the page is titled “Vikings’ Hell,” and it features an elaborately designed ship with a triple-serpent masthead crashing onto the shore. Viking warriors are depicted approaching the ship wearing tattered red capes. The other image, below, is titled “Vikings Village,” and it depicts a much calmer scene featuring Vikings about longboats sailing towards the shore. 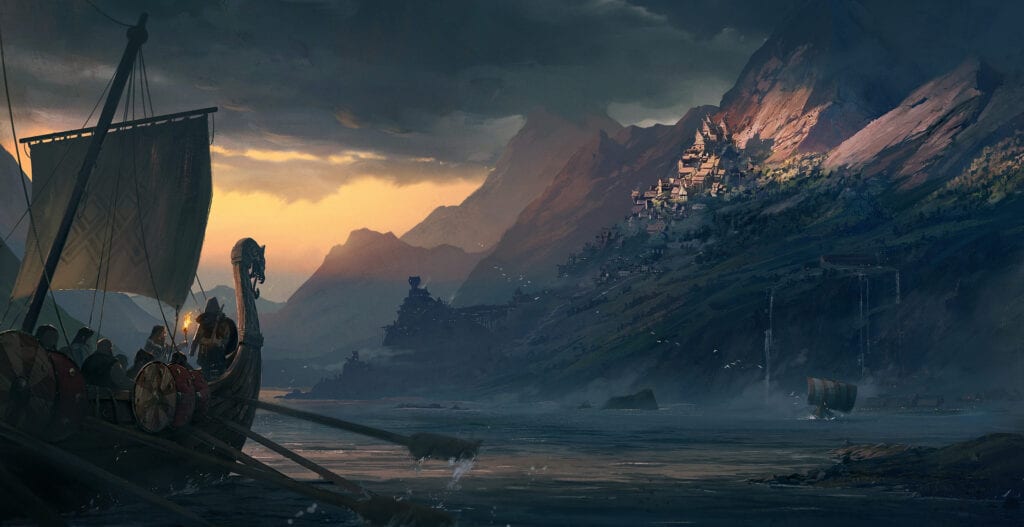 Beautiful as these pictures are, the revelation only occurs when opening the picture in a new tab over on ArtStation. When doing so, the file name is revealed to be michele-nucera-assassincreedragnarok-bay-09.jpg. This of course is a mighty strong hint that the next Assassin’s Creed game will be called Assassin’s Creed Ragnarok, and will of course involve Vikings. Of course, the filename didn’t stay that way for long. Soon after people began to draw conclusions Nucera changed the filenames for the Ubisoft concept art, also noting in her description of the pieces that it is “Just a PERSONAL concept to explore an idea about the vikings life.” The damage may already be done, though. Given that Ubisoft is already more than a little familiar with Vikings given its work on For Honor, Assassin’s Creed Ragnarok is sounding more and more viable by the second.

So, thoughts on the possibility of a Viking-themed Assassin’s Creed game? What other eras would you like Ubisoft to explore? Let us know in the comments section below, and as always, stay tuned to Don’t Feed the Gamers for all the latest gaming and entertainment news! Don’t forget to follow DFTG on Twitter for our 24/7 news feed! 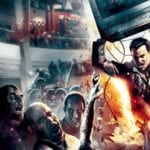 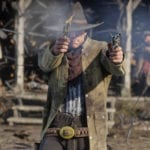