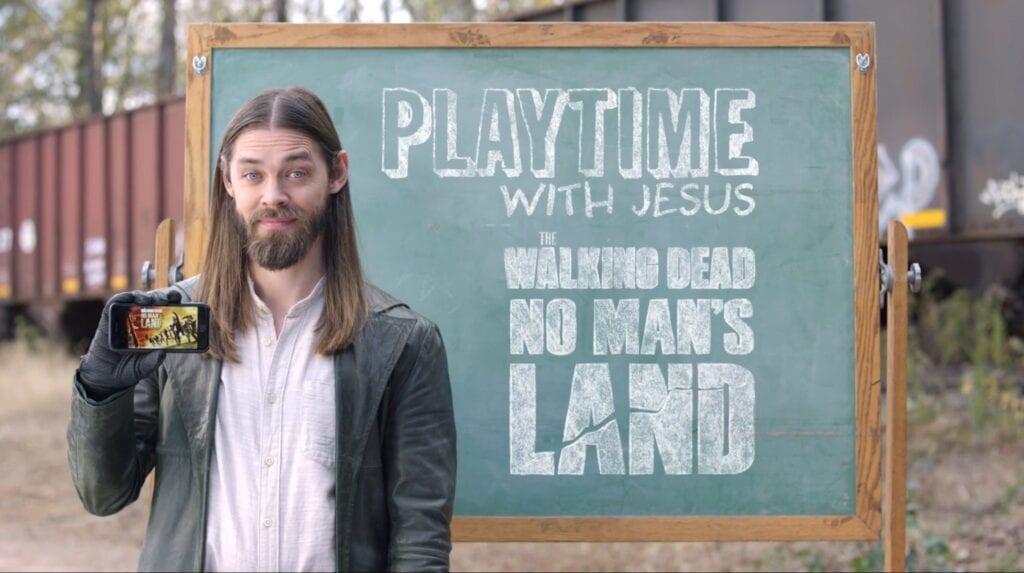 The Walking Dead TB series has returned from its long mid-season hiatus with quite an emotionally-gripping episode. The franchise certainly has a variety of video game entries available now, such as the Telltale Games series, and coming soon down the pipeline: the upcoming AR game. Currently on mobile phones is The Walking Dead: No Man’s Land, a strategy RPG featuring the show’s iconic characters and locations. Now, to help introduce new players to the game, a new The Walking Dead Playtime With Jesus mini-video series has had several clips released.

AMC has released the new Walking Dead Playtime With Jesus videos on their official YouTube channel. The videos feature Tom Payne, who plays Paul “Jesus” Rovia in the television series, and Alanna Masterson, who plays Tara. The videos begin with Payne standing in front of a chalkboard, as he describes an aspect of the game for new players, such as a fighter class that a character in the game can embody. Payne then further elaborates the idea by interacting with Masterson, who provides a witty comeback or some sort of undermining response to humorous effect. The described aspect is then shown in action in the game before the game’s logo and platforms of availability appears.

No Man’s Land has been available on iOS and Android since 2015, but it seems that AMC is still hoping to introduce more new players to the game. It is nice to see such a lighthearted entryway into the game, especially one that utilizes the actual actors from the show. What do you guys think about this new The Walking Dead Playtime With Jesus mini video series? Let us know in the comments below!

Be sure to stay tuned for the latest The Walking Dead news, such as the trailer for the new Walking Dead by Overkill, here on Don’t Feed the Gamers! Follow us on Twitter to see our updates the minute they go live! 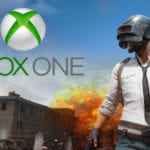 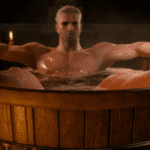