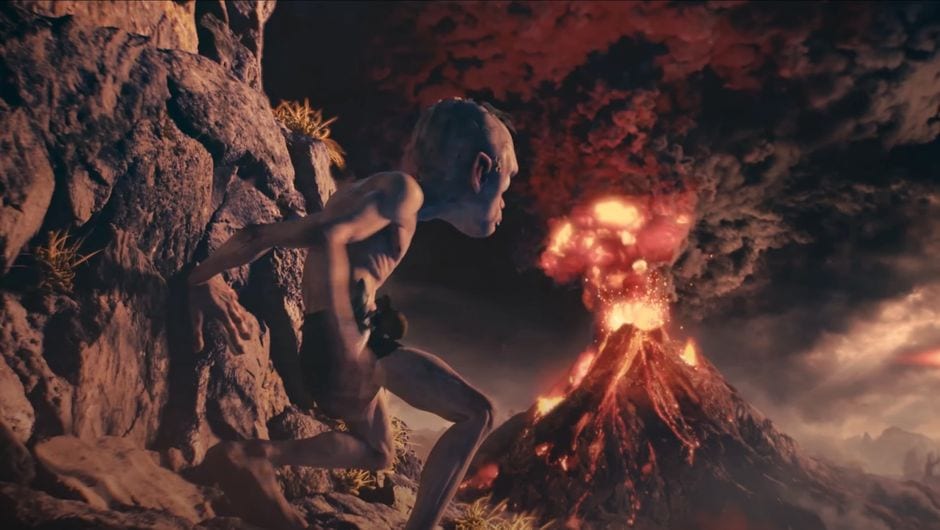 In just a few months, gamers will be embracing the beginning of a brand new video game console generation with the launch of the Xbox Series X and PlayStation 5. Fans are just as excited for the brand new games coming for the new generation, just as much as they are excited for the new devices themselves. One new next-gen game that has gamers eagerly awaiting is the new Lord of the Rings game focused on the character Gollum. Now, the first The Lord of the Rings: Gollum teaser trailer has been released, giving fans a taste of the game’s feel.

Daedalic Entertainment has released their first Lord of the Rings: Gollum teaser trailer on IGN’s YouTube channel. The trailer begins, showing the inside of a dank cave, littered with dead fish and fish bones and adorned with cave drawings. A scrawny silhouette is seen leaving the cave, headed outside to watch a volcano erupting in the distance. The shadowed figure is revealed to be none other than Gollum himself. 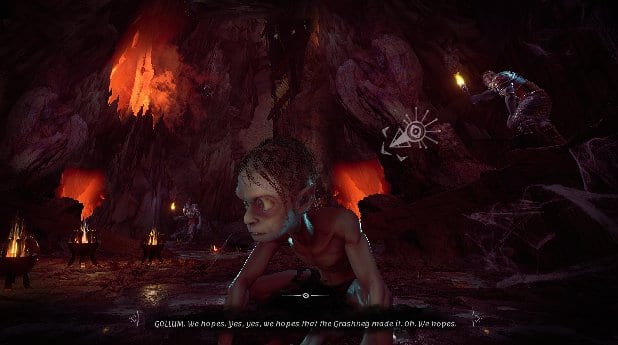 The game will have players explore the duality of Gollum/Smeagol, with the usual morality systems seen in other games now reflective of the split personality dynamic. Gameplay will heavily focus on stealth-oriented gameplay, given Gollum’s lack of physical prowess in combat. The Lord of the Rings: Gollum has been confirmed to be coming to PlayStation 5, Xbox One and PC some time next year. While that is still quite a ways away, hopefully this Gollum teaser trailer provided some much needed respite for Tolkien fans looking for the next big thing in the Lord of the Rings universe. The rest of this abysmal year certainly feels as daunting as an attempt to walk directly through Mordor on foot.