Fandom over Netflix’s surprise mega-hit original series Stranger Things is still quite strong, as time grows closer to the premiere of the show’s second season this October. The show’s quirky, but relatable characters have also made the show a big hit among merchandisers, with Stranger Things gear selling strong among pop culture vendors throughout retail and web spaces. Now, to keep fans waiting for season 2 occupied, Funko has announced several new Stranger Things lines of merchandise, including a new line of Stranger Things Dorbz to add to their collections.

Funko announced their new Stranger Things collectibles on their official blog earlier this week. The biggest addition to their Stranger Things goodies is the new line of Dorbz, Funko’s style of vinyl figures that are slightly cheaper than their Funko Pop! figurines. The line includes Eleven, Mike, Will, Dustin, Lucas and the Demogorgon, as well as chase variants Upside Down Will and Closed Mouth Demogorgon. Eleven fans also have the options of a Hot Topic Exclusive Hospital Gown Eleven and a Target Exclusive Benny’s Burger Shirt Eleven. These figures will arrive in October, just before the premiere of the new season.

For those looking for a nice gift set-style option, Funko also announced some Vynl. two-packs. One contains the dynamic duo of Dustin and Lucas, while the other has Eleven and fan favorite victim Barb. Rounding out the new announcements are a series of Funko Pop! Pens, which have a tiny Pop! version of either Dustin, Eleven, Barb or the Demogorgon on top. What do you guys think about the new line of Stranger Things Dorbz, Pop! Pens and Vnyl. figures? Let us know in the comments below!

Be sure to stay tuned for the latest Stranger Things news, such as the new McFarlane Toys Stranger Things figures, here on Don’t Feed the Gamers! Follow us on Twitter to see our updates the minute they go live! 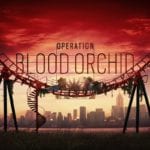