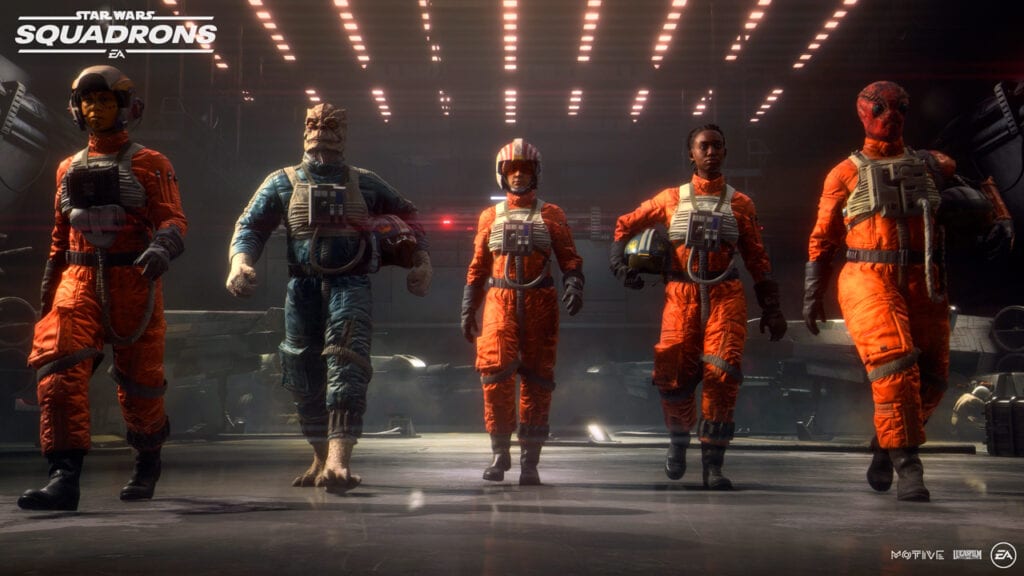 Star Wars: Squadrons was only announced a few months ago, but EA Motive Studios’ space-pilot title has already left an impression due to its fast-based gameplay and approach to Star Wars lore. Taking the first-person approach, players are tasked with operating as a team and conquering the title’s story-based campaign on the side of the Rebels or the Empire. In addition to the single-player mode, Squadrons also includes various multiplayer modes centered around free-for-all dogfights and class-based combat, with oodles of loot and customization to be earned in between.

Coming off of fan-favorite hits such as the multiplayer-focused Star Wars: Battlefront II and story-based Jedi: Fallen Order, the release of Star Wars: Squadrons certainly has a lot to live up to. However, how does the outer-space combat simulator actually stack up with critics? Well, according to emerging reviews, Star Wars: Squadrons is actually faring pretty well. While consensus on the story component is mixed, many outlets are voicing their appreciation for the game’s crisp presentation, tight flight controls, and challenging gameplay, with some even likening it to Star Wars aerial arcade titles of yesteryear.

“Squadrons has a somewhat limited audience. I’m terrible at dogfights, but I’m motivated to get better. They’re a ton of fun, but they’re brutally tough. If that doesn’t appeal to you, best you learn it now, rather than later. For those of you starving for a proper Star Wars flight combat game, this is exactly what you’ve been waiting for. Otherwise, you’re in for a rough ride, albeit an exciting one, with Star Wars: Squadrons.”

“Squadrons’ single-player may fizzle out frequently like a malfunctioning hyperdrive motivator, but the multiplayer continually impresses and is worth the price of entry alone.”

“After such a long wait for a successor to X-Wing and TIE Fighter, Star Wars: Squadrons feels like a lucky shot with a proton torpedo.”

“Simply put, Star Wars: Squadrons is the total package. If all you have at your disposal is a console, a decent TV, and a working controller, you’re going to have a wonderful time. If you have a throttle, stick, and rudder pedals, you’re really in for a treat. And, if you happen to be able to afford VR, you may never want to take that headset off again.”

“Simultaneously a franchise cash-in and love letter to the classic LucasArts PC space combat games of the 1990s, Squadrons sticks to its mission and comes out the other side of a warp-speed jump successfully. Pummeling a star destroyer against the Wild Berry Skittles-esque backdrop of Yavin Prime doesn’t require my undivided attention or multiple scans of my credit card. Seems like a fair deal to me. 8/10 burning embers of Alderaan.”

Star Wars: Squadrons is available today for PC, PlayStation 4, and Xbox One. What do you think? Are you glad to see Star Wars: Squadrons get some positive reviews, or will you be the judge of the space combat title? Let us know in the comments below and be sure to follow Don’t Feed the Gamers on Twitter and Facebook to be informed of the latest gaming and entertainment news 24 hours a day!