The original Crash Bandicoot trilogy represents some of the most beloved titles for the PlayStation and Activision seemingly did the impossible with its release of the remastered N. Sane Trilogy. Not only was each game lovingly recreated from the ground up, but the release actually managed to resurrect the Crash franchise and pave the way for an inevitable follow-up. With the debut of Crash Bandicoot 4: It’s About Time upon us, developer Toys For Bob has showcased an evolution on the series’ signature box-smashing and platforming, adding multiple playable characters, increasingly dynamic levels, as well as the featured new rail-grinding mechanic.

As Crash Bandicoot 4: It’s About Time aims to both pay tribute and build upon the series’ past iterations, there’s certainly a healthy amount of expectation and hype regarding the rebooted fourquel. However, do the critics align with the fervor surrounding the title? According to emerging reviews, it looks like Crash Bandicoot 4 may very well deliver the goods, with many singing the praises of the game’s expanded ideas and adherence to the series’ classic gameplay. However, some reviews also made note of the game’s purposefully throwback design and questioned whether the title could have gone in a more modern direction.

“With some imperfections, Toys For Bob delivers an enjoyable, goofy, deviously challenging and occasionally genius sequel.”

“In many ways, Crash Bandicoot 4: It’s About Time feels like a game that shouldn’t work. Single-player, mascot-driven, hardcore platformers are few and far between these days. Moreover, most franchises born in the mid-‘90s have had to continually reboot themselves to match the tastes of an ever-changing market. At its core, Crash 4 remains rooted to the old way of doing things, but that’s not a bad thing. The visuals are cleaner now and Crash has a few new gimmicks, but if you squint, Crash 4 looks like the same old platformer you’ve always loved.”

“Even more so than playing the N.Sane Trilogy, which literally remade the original Crash games from my youth, playing Crash 4 felt like getting back in touch with the series. It’s an injection of new ideas into now-classic gameplay that surprises and delights, even as it feels like a homecoming. Truly, games like this are why we come running back to long-dormant franchises with open arms.”

“As a Crash Bandicoot fan, Crash Bandicoot 4: It’s About Time is everything I’ve dreamed of since the original trilogy ended all those years ago. It’s a jam-packed, brutal platformer that expands on what makes Crash great with some really cool twists and turns. The challenge may get a little too much sometimes, but it is more than worth fighting through and proof that Crash Bandicoot is king of the platformers.”

Polygon – “Stuck In The Past”

“It’s impossible not to at least respect the experiment of Crash Bandicoot 4: It’s About Time. It’s a sequel that’s 20 years late, and to honor that idea, Toys for Bob seems to have made the best-looking HD PlayStation 1 platformer of all time, complete with all the frustrations that gaming has outgrown in the last two decades. Who knows — perhaps in one of the other dimensions that Crash travels to in the game, there’s a world where Crash Bandicoot gets a modernized update that brings the series into the present. But in our world, Crash 4 is stubbornly stuck in the past.”

Crash Bandicoot 4: It’s About Time is available today for PC, PlayStation 4, and Xbox One. What do you think? Are you glad to see Crash Bandicoot 4 get great reviews, or does The Wrath of Cortex still hold the place of number four in your heart? Let us know in the comments below and be sure to follow Don’t Feed the Gamers on Twitter and Facebook to be informed of the latest gaming and entertainment news 24 hours a day! 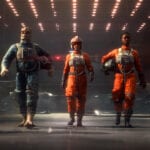 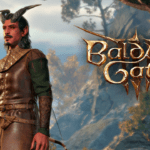 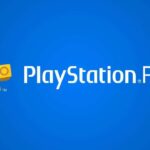