Multiplayer games have gained waves of traction in recent years with titles focused solely on that experience, but single player content will always be in the heart of many. Though Star Wars Battlefront II was advertised in many respects as a predominately online game, there wasn’t hiding that a solid campaign was just as important to the game as a whole. Even so, it seems there just doesn’t seem to be enough offline content for decent replayability, and fans are looking for more than just a few hours of campaign-style gameplay. One fan took to Twitter to express his grievances:

@CriterionGames
I really really want to play Battlefront 2 on my PS4.
But i don't subscribe to PS Plus.
Ive completed the 6 hours campaign and got stuck playing Arcade in the same 6 small maps in 10 v 10 games, since what feels like forever…

Can we get bigger modes Offline??

Just hours later Criterion responded with seriousness and understanding. In fact, according to them, one of the most common requests for Star Wars Battlefront II has been exactly that – more offline gameplay. With that feedback since day one, the developer is hoping to bring this to fruition with future downloadable content. Here’s the official word in response to Silva’s query:

We've already adjusted some of our plans for future DLC at Criterion because of the demand we've been hearing for more offline content since the game shipped. We're working on what that content might be, but we're certainly not deaf to what players are asking for more of. https://t.co/Ugib1hCvN3

With that being said, publisher Electronic Arts has yet to comment on the matter and with the current street cred that they’ve amassed, it’s hard telling what their response will be. In these dark times of recurrent spending opportunities versus the gaming experience, it’s nice to see that a developer has their eyes still on the objective. It stands that they’re likely gamers themselves.

Furthermore, Criterion wants to bring arcade content to the game as well, and they’re hoping to bring that with future free updates. What are your thoughts on Criterion’s responsiveness to critiques on Star Wars Battlefront II? Let us know in the comments section below or start a conversation on Don’t Feed the Gamers Facebook page. To stay up to date on gaming news as it happens, follow us on Twitter! Here are some of our latest: 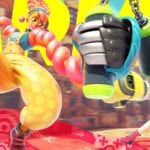 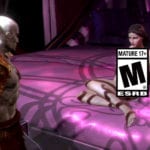