New announcements are abound as Blizzcon 2016 kicks off their 25th anniversary celebration. One of the most anticipated announcements of the season is a look at new character, the subtle (when she wants to be) Hacker Sombra.

With an animated short showing her collaboration with Reaper and Widow Maker, she instantly became a hit. With a sassy personality, some sick stealth moves, Sombra promises to make any tech geek squeel with Joy with her addition to the roster. What makes her the most interesting is that she seems to be a double agent. Plot twist!

“The most powerful woman in Russia? I’ve always wanted a friend like that!”

The story show that this is one amiga you do NOT want to mess with. The plot thickens as Sombra recruits her own allies and plays both sides with a precision that is almost as sharp as her wit. She will be available to play on test servers next week.

You can watch the live stream here in the video above, including the wonderful release of the new additions coming to Overwatch fans. We are covering BlizzCon 16 live this year so stick with DFTG as we keep you in the know with everything coming to Blizzard fans world wide! 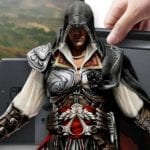 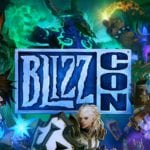