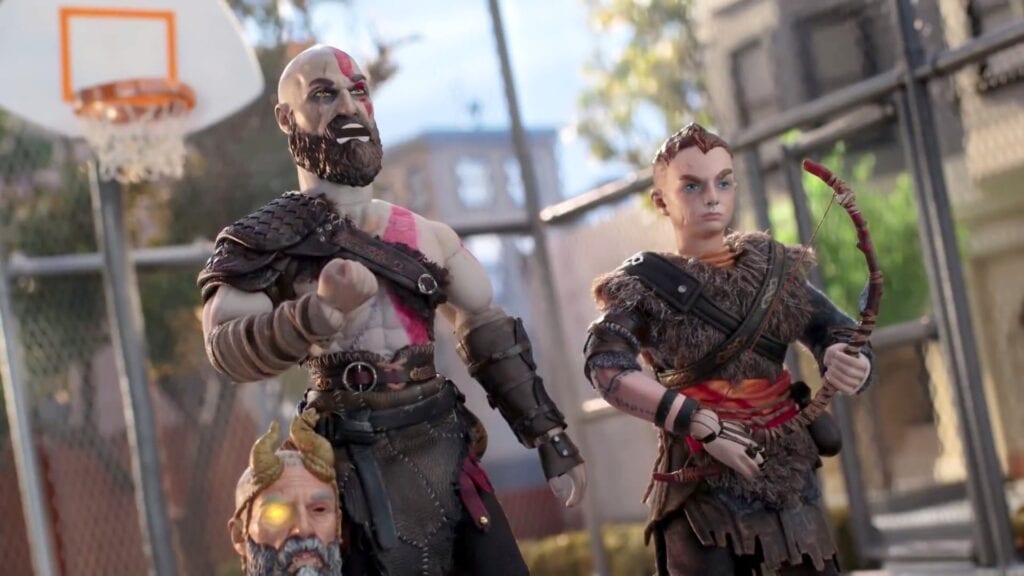 With the release of Santa Monica Studios’ God of War, the epic Norse lore-inspired game was finally unleashed to the gaming masses after an extremely successful marketing campaign. Trailers featuring Kratos and his boy Atreus were a sight to behold due to the two characters’ interesting relationship in both story and gameplay. Sony is using their dynamic in a much more humorous way in a new PlayStation 4 Pro ad, where they team up to play a little 2-on-2 basketball.

The animation team over at Adult Swim have put together a sponsored video in the stop-motion style of Robot Chicken, keeping in line with the show’s signature over-the-top comedy. In the ad, Kratos arrives to challenge the two random players to basketball “combat,” in attempt to show his boy the art of possessing game. The match goes as one would expect (Kratos kills the ball), but the game is able to continue with some assistance from the disembodied head of Mimir, a.k.a. “Head”. Check it out below:

Since this is a PlayStation 4 Pro ad after all, these outrageous bits of goofiness are bookended with a loud exclamation of how “sharp” the God of War experience is on the premium hardware. Of course, Kratos sees this as yet another challenge to overcome, proceeding to demonstrate how much sharper the Leviathan axe is in comparison.

While Kratos’ lack of chill remains unchanged, the game God of War has a number of updates for fans to look forward towards. An official photo mode has been announced as well as a potential five-game series in mind for the future. If a clever Avengers: Infinity War reference is anything to go by, perhaps universal domination is next for Kratos and son? God of War is out now for the PlayStation 4 and PlayStation 4 Pro.

What do you think? Has your funny bone been tickled by this PlayStation 4 Pro ad, or are you too enthralled by the idea of Kratos cameo happening in a basketball game? Let us know in the comments below and be sure to follow Don’t Feed the Gamers on Twitter to be informed of the latest gaming and entertainment news 24 hours a day! For more from the PlayStation realm, check out these next few links: 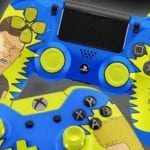 Custom Beavis And Butthead Controllers Are Worthy Of Cornholio 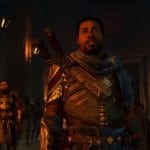