The tragic murder of George Floyd has sparked an impassioned flame of support over this past month, with protesters across the globe extending support for the Black Lives Matter movement as well as condemnation of police brutality. Since the worldwide uproar began, various companies have voiced support for George Floyd as well as BLM, including many in the gaming community such as Riot Games, with the Valorant developer recently pledging $1 million to support the ongoing fight against systemic racism.

While Riot had expressed itself as allies of Black Lives Matter, it appears that one executive didn’t exactly share that position. As recently covered on Prima Games, the company’s global head of consumer products Ron Johnson recently found himself under fire for his social media comments regarding George Floyd, with the executive sharing an image listing off criminal convictions from Floyd’s past and claiming “the media and the left has made George Floyd into a martyr.” The post ultimately argued that Floyd’s “criminal lifestyle” was to blame for his untimely murder, not the outrageous and excessive actions of the police.

“There is no reason to condone his killing by the officer at all, which still needs to be investigated as a potential crime,” Johnson added. “It is a learning opportunity for people (and your kids) to teach that this type of criminal lifestyle never results in good things happening to you or those around you.”

Despite finding “no reason to condone” George Floyd’s murder, Johnson’s comments have received heavy criticism from fans and industry professionals for their cold and tone-deaf nature. Riot Games appears to have definitively agreed, with the company confirming Ron Johnson is now “no longer employed” in a statement to PC Gamer. “The sentiment expressed in the image in question is abhorrent and runs directly counter to our values and our belief that addressing systemic racism requires immediate societal change, something that we’re committed to working toward,” the message read.

“Riot is taking thoughtful and deliberate action to help combat racism and injustice in the communities where we work and live,” the statement continued. “To start, we’re committing $1 million to areas where we know we can make an impact, including justice reform, long-term solutions to address racial bias, and support for local Black-owned businesses. We’re also striving to change the face of our industry and create opportunities, including by investing $10 million in founders underrepresented in the games industry and helping create a future pipeline of underrepresented talent for the gaming and tech world.”

We know there is much work to be done, and we vow to do our part.”

Riot’s message of diversity and justice reform is only one of the major companies making way for the Black Lives Matter movement, with the likes of Destiny 2 studio Bungie, Cyberpunk 2077’s CD Projekt RED as well as mega-publisher Electronic Arts all voicing similar support for George Floyd in the last few weeks. Johnson’s firing comes after only a few months at Riot, having joined the company this past January following notable stints at both Nickelodeon and Disney.

What do you think? Are you glad to see Riot Games doing their part to remove toxicity from their ranks? Let us know in the comments below and be sure to follow Don’t Feed the Gamers on Twitter and Facebook to be informed of the latest gaming and entertainment news 24 hours a day! For more headlines recently featured on DFTG, check out these next few news stories: 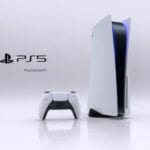 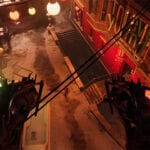