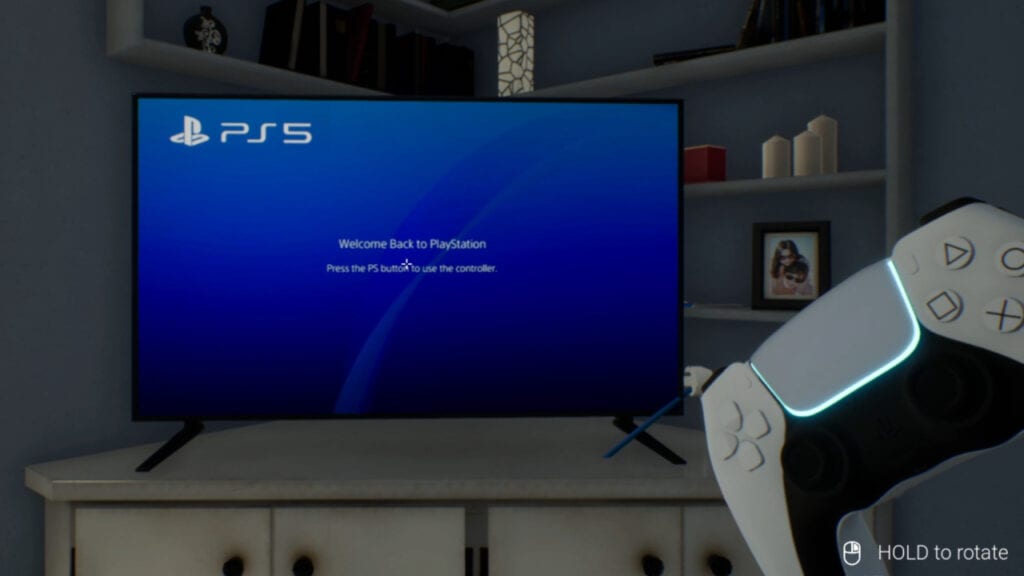 After months of hype, the PlayStation 5 is finally here and many players have been enjoying the Sony side of next-generation consoles. However, months of pre-order woes have made access to the new hardware considerably tricky, leaving many users to do without the duo-tone console for weeks or even months. With that in mind, it appears someone is attempting to calm players’ misfortune in the form of a new game called PS5 Simulator.

Recently debuting on itch.io, solo game developer Alex Grade released PS5 Simulator to the world, offering players the experience of receiving and setting up their own PlayStation 5. However, the game is much more over-the-top than one might expect, with wacky physics and a variety of seemingly-mundane tasks involved with setting up the virtual PS5. “Wait no more, your ultimate PS5 experience is here,” the game’s description reads. “Poor cable management, snacks on floor and try to not break your next-game console in this non-AAA-game!”

Though there is no shortage of “simulator” games on the market, PS5 Simulator appears to be closer to the purposefully wacky Goat Simulator rather than the hyper-realistic Flight Simulator. Though this particular simulator presents itself as mindless fun, creator Alex Grade suggested the game only exists due to their inability to purchase the console, as relayed in a recent message to Polygon. “I can’t afford it any time soon,” Grade revealed. “But I really want to have a PS5, so I made a game just for myself where I can imagine that I’m having a PS5.”

Not only that, but certain aspects of the title also reflected Grade’s own life. He revealed that in-game tasks such as overly-complicated cable management and the malfunctioning wi-fi router were situations lifted from his own experiences. “I am really bad at cable management (my PC is a mess), so I [thought] it would be funny to have this part in the game too,” Grade said. “In the middle of development my Wi-Fi just died, so I’ve added it [as a feature] too.”

I ordered only one #PS5 but something went wrong…#gamedev #UE4 pic.twitter.com/ri0iocDqV9

PS5 Simulator is out now for PC on itch.io.

What do you think? Is PS5 Simulator a worthy replacement for the real PlayStation 5? What would happen if the game was ported to the PS5? Let us know in the comments below and be sure to follow Don’t Feed the Gamers on Twitter and Facebook to be informed of the latest gaming and entertainment news 24 hours a day! For more headlines recently featured on DFTG, check out these next few news stories: