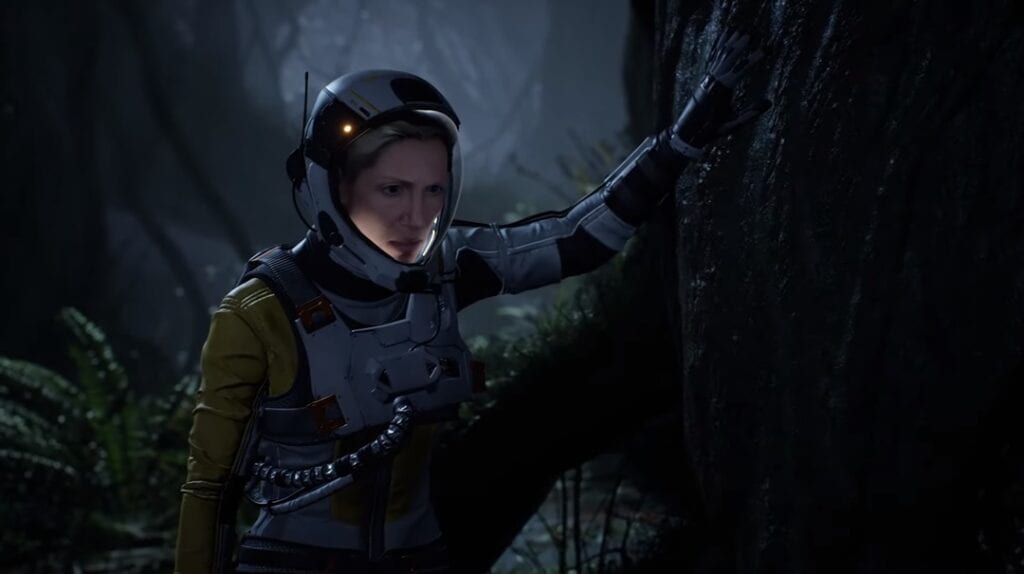 The highly anticipated PS5 roguelike Returnal has a new trailer that shows off the game’s impressive variety of sci-fi weaponry and intense, pulse-pounding combat. Slated to release in just a few months, the trailer is notably light on story elements, though it makes up for it by packing in a lot of new information about all the weapons and gadgets our protagonist Selene can run into as she struggles to unlock the mysteries of the planet she crash-landed on.

Released by Sony, the new Returnal trailer jumps right in by showcasing some of the game’s obtainable weapons. After Selene picks up a Tachyomatic Carbine weapon, she soon comes across a weapon augment called Shockstream that gives the Carbine an alt fire, making it all the more potent. Like a good scientist she verbally documents her discoveries aloud, breaking down new elements and mechanics for the player without needing to put them through a wall of text.

Later on in the new Returnal trailer, Selene comes across a Parasite that attaches itself to her arm. The lifeform gives Selene additional health whenever she kills something, though the downside is that hostiles leave behind a pool of acid when they die.

Selene can also come across a variety of equippable tools. Each tool comes with its own flavor of utility, ranging from a Ground Surge that impales the nearest hostile to something called a Dismantler, a last-ditch effort device that destroys all hostiles within an area. Near the end of the trailer Selene comes across an Atropian Blade, a melee weapon that is effective against enemy shields. It is currently unknown which tools – if any – carry over from one roguelike run to the next, though that makes it all the more exciting to find out.

Returnal is slated to release on March 19, 2021 exclusively for the PS5.

So, thoughts on the upcoming roguelike? Let us know in the comments section below, and as always, stay tuned to Don’t Feed the Gamers for all the latest gaming and entertainment news! Don’t forget to follow DFTG on Twitter for our 24/7 news feed!