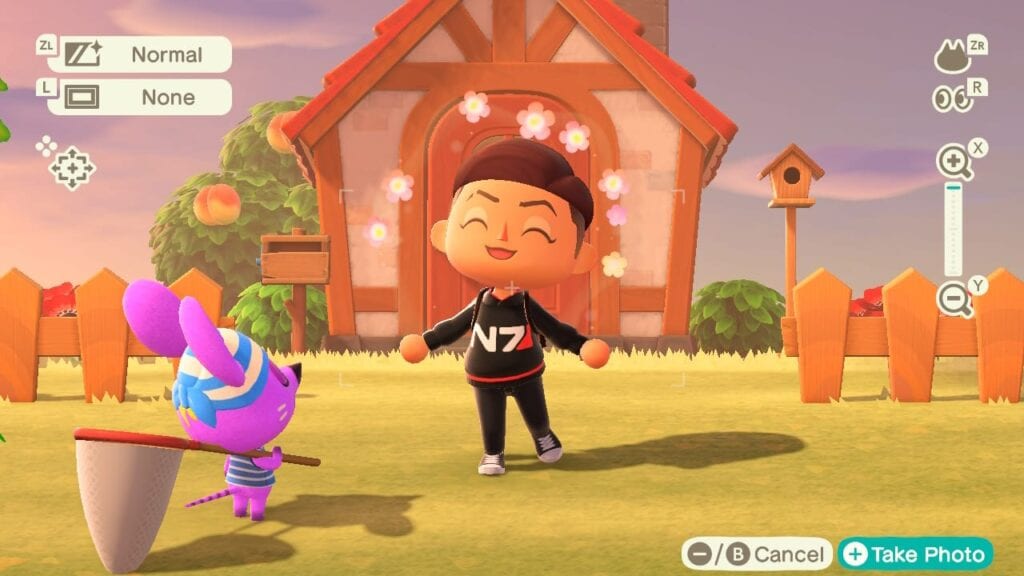 With so many people in the world taking shelter in their homes the past few weeks, many have found escapism through the recently released Animal Crossing: New Horizons. The game has allowed players to visit their friends in a way that would be somewhat risky in the real world now, and even allowed one couple to host a virtual wedding after their real life wedding was cancelled. Mass Effect fans have been craving for a new entry in that franchise for a few years now with no new announcements to satisfy, but strangely some of them are finding comfort by creating N7 outfits in Animal Crossing: New Horizons.

N7 design for you Mass Effect fans out there. 🙂#AnimalCrossing #ACNH pic.twitter.com/owVTwl7AGO

As reported on Prima Games, many Mass Effect fans have taken to Twitter to show off their custom N7 clothing designs that they have made in Animal Crossing: New Horizons. These fans have utilized the custom designs tools in New Horizons to create clothing that is reminiscent of the iconic N7 armor from the original Mass Effect trilogy of games. The N7 designs have been utilized in everything from shirts, hats, hoodies and even dresses. One player even went to the full extent of making their villager look like the female version of Captain Shepard from Mass Effect.

Here’s the design for the N7 Hoodie from Mass Effect 3 that I have irl #AnimalCrossing #ACNH #NintendoSwitch pic.twitter.com/Ruz39cfuME

Another talented fan also can be heard turning their town tune into a classic melody from Mass Effect. These creative fans have all made impressive representations of their other favorite franchise, and that is a 5 bell-worthy endeavor if ever there was one.

What do you guys think about these Mass Effect fans making N7 outfits in Animal Crossing: New Horizons? Let us know in the comments below! Be sure to stay tuned for the latest Mass Effect news, such as the one fan that reimagined Mass Effect as an isometric action RPG, here on Don’t Feed the Gamers! Follow us on Twitter to see our updates the minute they go live!