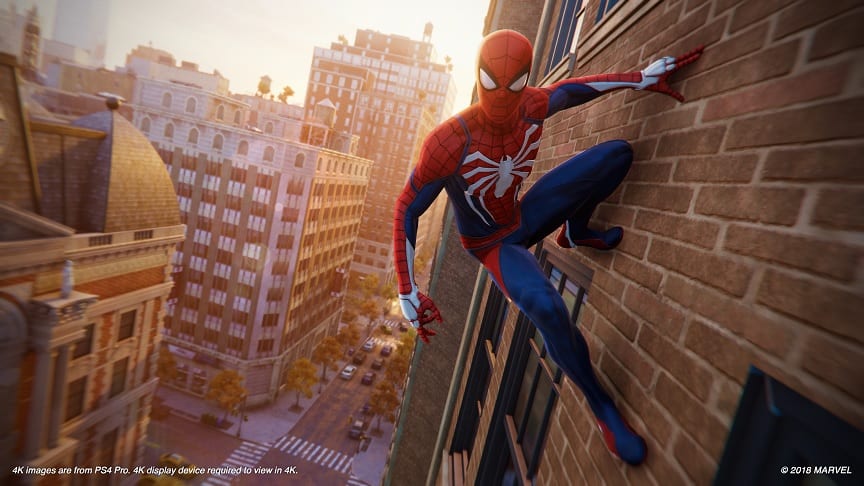 Earlier this week, it was announced that Crystal Dynamics’ Marvel’s Avengers game is officially adding Spider-Man to its post-launch roster, joining the previously announced Hawkeye. The real kicker here, though, is that Spider-Man will actually be a PlayStation exclusive, leaving gamers on PC and Xbox once again bereft of web-slinging adventures. Naturally this has caused a not insignificant amount of backlash, which Crystal Dynamics is now attempting to mitigate by saying that….people should be too busy with the other content to care?

In a recent interview with IGN Japan, Crystal Dynamics studio head Scot Amos opened up about the ‘why’ behind the decision to make Spider-Man a PlayStation exclusive. “(The inclusion of) Spider-Man is a unique opportunity for us because of the relationship that PlayStation and Marvel have,” Amos said. Nipping the potential for even more backlash in the bud, Amos goes on to confirm that Spider-Man is the “only character that we are doing that way,” affirming that Marvel’s Avengers will only have a single platform-exclusive character.

As for the current backlash the studio is facing, Amos doesn’t seem to think that any of it is particularly warranted, stating that gamers on other platforms should have too much other content to consume that Spider-Man shouldn’t be a big deal. “I would say that Marvel’s Avengers has a lot of heroes, and with the scope and the breadth of this game and this universe, players are going to have their hands full with a lot to play with,” Amos said. “And as we have just announced with Hawkeye, there are more heroes to come.”

So this is an opportunity to celebrate (Spider-Man’s addition) uniquely for those players (on PlayStation) because of that relationship, but I think there’s so much of a world for people to explore, I wouldn’t look as that as a reason not to embrace it (the opportunity to add Spider-Man on PS4 and PS5). I would say, look at all this stuff you get to play with.”

Scot Amos finished that particular line of questing by stating that “for those players who absolutely want to play as Spider-Man, you have the option to do so on PlayStation.” Simple as that, huh?

Marvel’s Avengers is slated to release on September 4th for PC, PlayStation 4, and Xbox One. Those looking for a chance to test out all that other “stuff” can do so in the beta test running August 7-9 for those that pre-ordered the game on PS4.

So, thoughts on Spider-Man’s PlayStation exclusivity? Has it changed your mind about Marvel’s Avengers? Let us know in the comments section below, and as always, stay tuned to Don’t Feed the Gamers for all the latest gaming and entertainment news! Don’t forget to follow DFTG on Twitter for our 24/7 news feed!