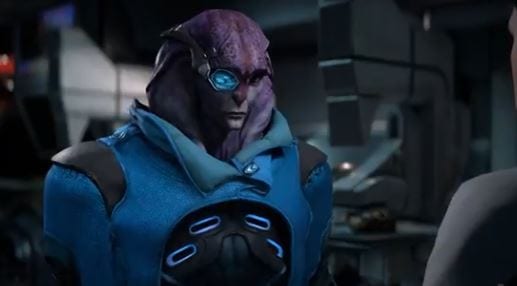 With the release of BioWare’s latest space RPG, Mass Effect Andromeda, officially less than 10 days away (less than a week, if you have Origin Access) – the tid-bits of info just keep rolling in. From a brand new launch trailer that details the storyline, to space exploration – it’s a good time to be a Mass Effect fan, and a bad time if you want to avoid any sort of spoilers. The video below, courtesy of IGN, goes into detail about Jaal and how he becomes a squadmate.

The writer, Cathleen Rootsaert, behind the character had this to say about the intriguing addition to the squad:

Jaal is a very cards-on-the-table, heart-on-the-sleeve kind of guy. So that can make your interactions with him very fun and interesting. He doesn’t pull his punches with you as the Pathfinder, or your crew.

Jaal is one of the characters in the latest title in the Mass Effect franchise to represent a never-before-seen race in the series: the Angara. Being a member of the Angaran resistance against the Khet threat – he makes an interesting ally for the Ryder siblings. The general consensus for the Angara is that they do not trust humans, so Jaal takes on the role as squadmate to bridge that gap. Understandable, given that the last unknown race to reveal themselves to the Angara was the Khet and look how well that turned out.

He embraces the Tempest as his home. It’s kind off of a really nice journey to watch him grow from someone who is not so sure of himself to someone who is. And that very much mirrors the journey of your Pathfinder, as well.”

Mass Effect Andromeda launches March 21st (NA) and March 23rd (EU). It will be available on the Xbox One, PS4, and PC. Don’t forget to follow us on Twitter for gaming and entertainment news live 24/7! And check out what else is going on in the Mass Effect universe with other news below: 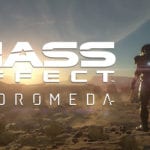 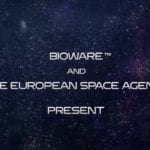