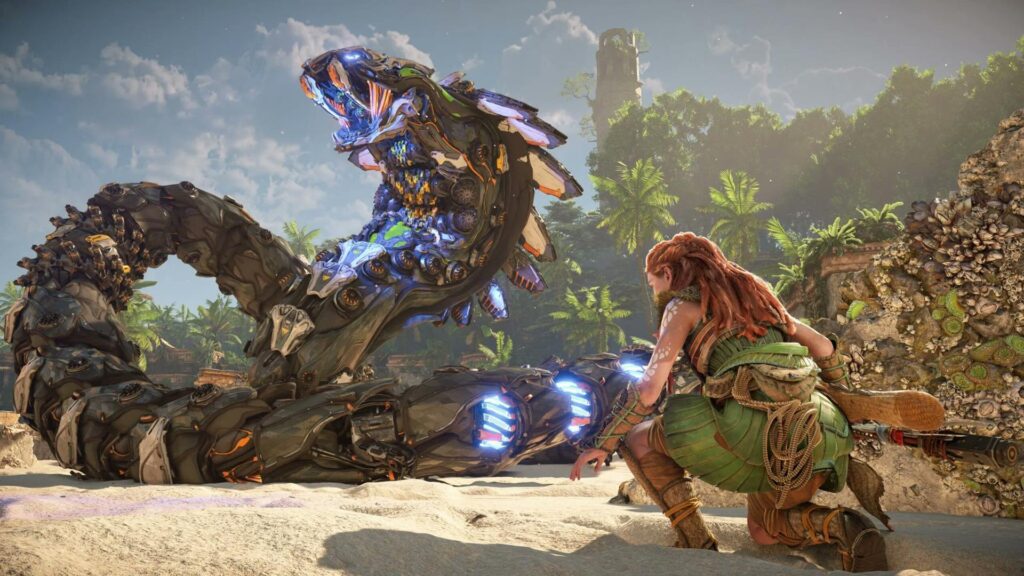 Sony’s strategy for enticing gamers to stick with their PlayStation platform into the new generation of gaming hardware has gone well. A big part of this strategy has been to create high-quality exclusives, including God of War and Insomniac’s Spider-Man games. Horizon Zero Dawn kicked off a great new series for the PS4, and now Horizon Forbidden West is priming up to be an exclusive that showcases what the PS5’s hardware can really do. The series so far has shown a wide variety of mechanical creatures for Aloy to fight, and now Guerrilla Games has unveiled more ferocious new beasts.

Guerrilla Games has released a new video on the official YouTube channel that focuses on some of the new mechanical beasts that will be seen in Horizon Forbidden West. The trailer begins with some scenic shots of the new exotic locales that Aloy will discover in the Forbidden West, both on land and under the sea. After showing some returning machines, the highlights then switch to the new creatures. The first one to be front and center is the Sunwing, which appears to be based on flying birds and pterodactyls, but with wings made of solar panels that soak up the sun’s energy. This energy allows them to soar gracefully in the skies of the Forbidden West. 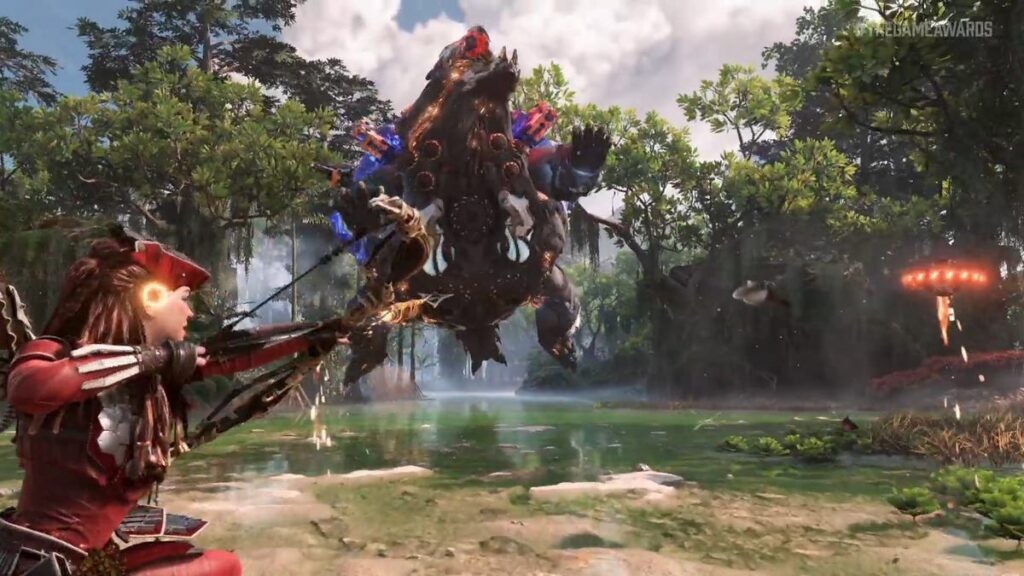 Next seen is the Armored Rollerback, which appears to be based on prairie animals, like a buffalo or an armadillo. The Armored Rollerback, as its name suggests, has strong armored backs made of panels that it can retrieve as it roams across the flatlands of the Forbidden West. Once it has enough panels, it can roll into a ball like an armadillo. Also seen is a Slitherfang, which is quite clearly based on snakes like rattlesnakes and cobras. Seen in a desert environment, the Slitherfang has been confirmed to spit acid. Lastly seen is a dinosaur-like creature that Aloy can condition to allow Aloy to ride them like a horse. Horizon Forbidden West looks like it will be a brave new world for Aloy to explore, and for PS5 owners to reach new heights with.

What do you guys think about the ferocious new machines unveiled for Horizon Forbidden West? Let us know in the comments below! Be sure to stay tuned for the latest PlayStation news, such as the December 2021 lineup of free PlayStation Plus games for subscribers, here on Don’t Feed the Gamers! Follow us on Twitter to see our updates the minute they go live!