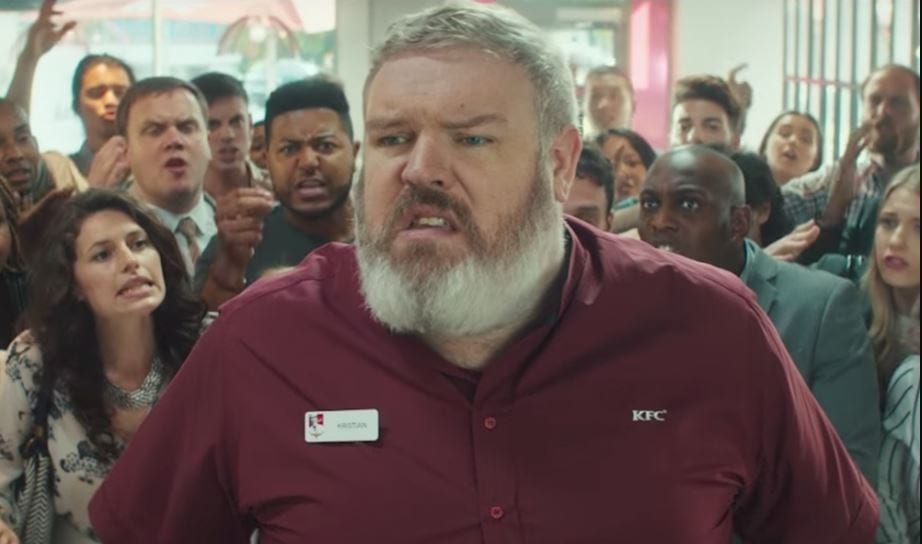 The Game of Thrones season 7 premiere is less than two weeks away, and the hype continues to build for what sounds to be a thrilling, fast-paced season. The series is notorious for killing off many of its characters, even fan favorites, during its run so far. While some characters previously killed off have returned to the show, either through literal or figurative resurrection, others will likely not be seen during the final two seasons, leaving their fans to look elsewhere for closure. For those who were fond of Bran Stark’s gentle giant guardian, a new Hodor KFC commercial will hopefully bring a lighthearted tribute.

The commercial seen above posted to the official KFC UK and Ireland YouTube channel features Kristian Nairn, the actor who played Hodor throughout the first six seasons of Game of Thrones, as a KFC employee experiencing a moment similar to that of Hodor during his final moments. Instead of White Walkers, Nairn this time faces a chaotic horde of British customers during a lunch rush, all of them shouting “Chicken with Fries”. These overwhelming orders cause Nairn to turn around and put his back to the swarming crowd, much like Hodor did to barricade the White Walkers on GoT. 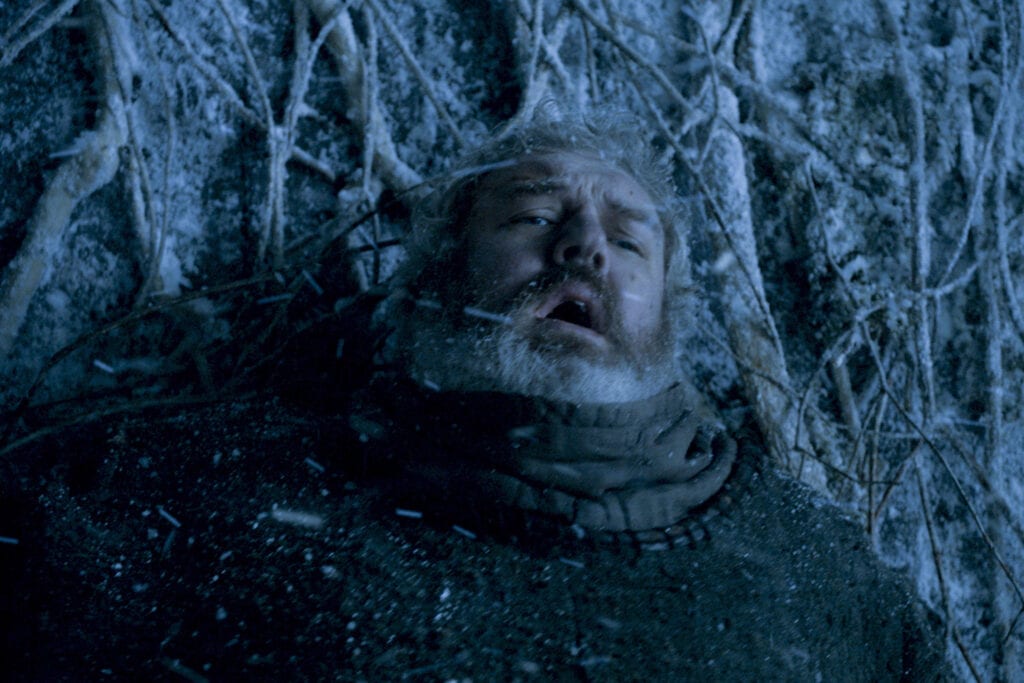 Nairn then begins repeating “Chicken with Fries”, just as Hodor kept saying “Hold the Door” on Bran’s behest. Just as that phrase turned into Hodor’s new name in that time loop, “Chicken with fries” soon exits Nairn’s mouth as “Chicken with Rice”, as one unique customer picks up his order of the new KFC Ricebox, which this commercial is promoting. While this item is only coming to the UK, those across the pond can still enjoy this comical homage to the giant that gave his life for the future of the seven kingdoms.

What do you guys think about this Hodor KFC commercial? Let us know in the comments below! Be sure to stay tuned for the latest Game of Thrones news, such as the new season 7 trailer, here on Don’t Feed the Gamers! Follow us on Twitter to see our updates the minute they go live! 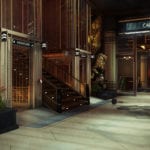 Players Almost Had the Ability to Fly Around Prey's Talos 1 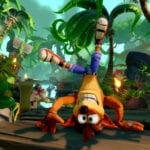 Activision Teases the Possibility of a New Crash Bandicoot Game