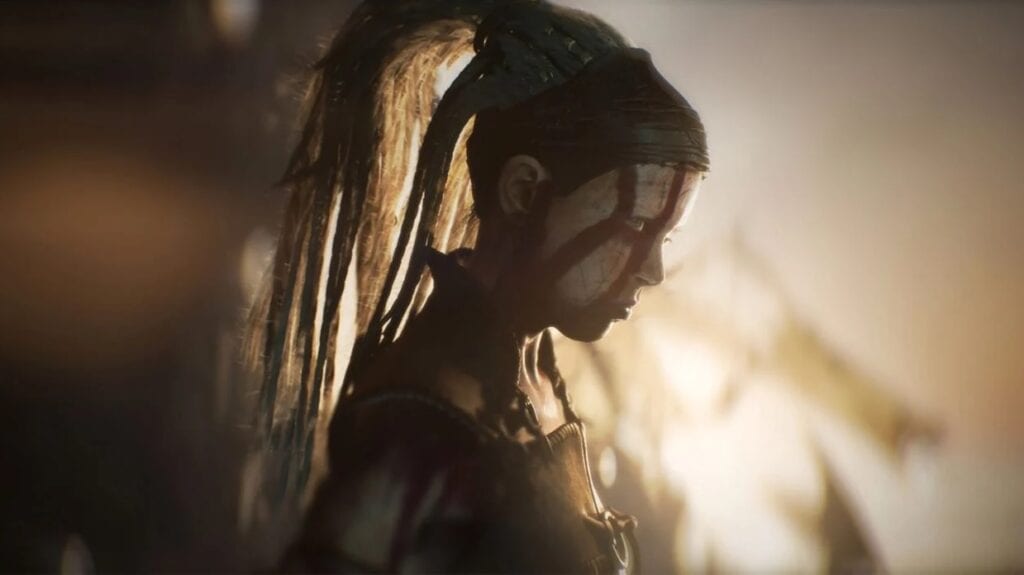 It feels like it’s been forever since Senua’s Saga: Hellblade 2 was announced at The Game Awards 2019. On the plus side, the folks over at Ninja Theory are making good use of their seemingly extended amount of development time to ensure that the sequel will be even more emotionally hard-hitting than the first game, and that extends our conflicted titular hero.  As proof of this, Hellblade 2’s lead actor Melina Juergens has released an extended behind the scenes video showing off her transformation into a warrior that Senua can be proud of.

Melina Juergens recently took to YouTube to provide a touching look into the efforts put forth between herself and Ninja Theory for the upcoming sequel. Titled Diary of a Digital Hooman – Episode 2: Warriors in the Making, Juergens kicks things off by revealing what she’s been up to since the release of Hellblade: Senua’s Sacrifice. Juergens reveals that Ninja Theory brought her in for Hellblade 2 just months after the release of the original game, though the team asked her to go Plus Ultra this time around by having her learn how to do all of her own stunts and “learn how to sword fight and be like a proper warrior.” This kicks off her months-long journey that culminates in her doing battle with the animation team. Yes, really.

Juergens reveals that she opted to take a masterclass in sword fighting, after which Ninja Theory engaged the services of award-winning sword master and stunt performer C.C. Smiff to help refine the actor’s newfound skills. Since Smiff lived far away from Juergens they were only able to meet up every couple of weeks, so the actor spent the rest of her time working on her ‘homework’ and practicing fighting with the animators at the office, many of whom took the same sword fighting masterclass in order to provide Senua with some convincing stand-in enemies. If that isn’t hilariously amazing, I don’t know what is.

Senua’s Saga: Hellblade 2 is currently in development for PC and Xbox Series X.

So, thoughts on the new behind the scenes video? Let us know in the comments section below, and as always, stay tuned to Don’t Feed the Gamers for all the latest gaming and entertainment news! Don’t forget to follow DFTG on Twitter for our 24/7 news feed!