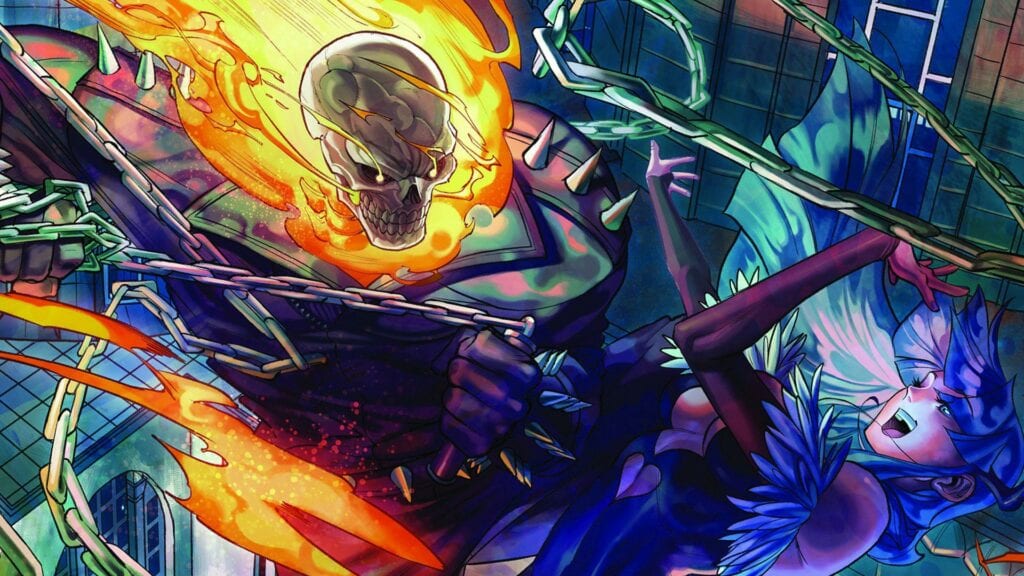 The roster for Marvel vs Capcom Infinite just seems to grow with each passing week. Even though leaks have more-or-less spoiled some of the bigger surprise additions, fans still find themselves waiting for official word on who will join the brand-clashing fighter next. Capcom has now revealed that the fiery spirit of vengeance Ghost Rider has been summoned for Infinite‘s Marvel roster. The news was revealed via a variant cover of The Defenders #4, where the flame-headed hero can be seen mixing it up with the equally demonic Morrigan from the Darkstalkers series.

Despite being an expected fighter, the inclusion of Ghost Rider could definitely produce some interesting match-ups with newer entrants, not to mention what his presence will add to the game’s story mode. More technical MvC players may be more than interested to see how the character’s moveset has changed since the previous game. More in-depth details, gameplay, as well as other expected fighter reveals are scheduled to be unveiled at Gamescom later this month.

Ghost Rider joins the #MVCI roster at Gamescom on 8/22, but this week he's alongside Morrigan in our Defenders variant cover! pic.twitter.com/YfC90O5SUy

Ghost Rider isn’t the only dark presence coming back to Infinite, as the Capcom’s crimson gargoyle Firebrand and Marvel’s mystical entity Dormammu are also set to arrive and wreak their particular brands of havoc. This news was let loose in a similar way as Ghost Rider’s announcement, as a variant cover for Spider-Man vs. Deadpool #20. 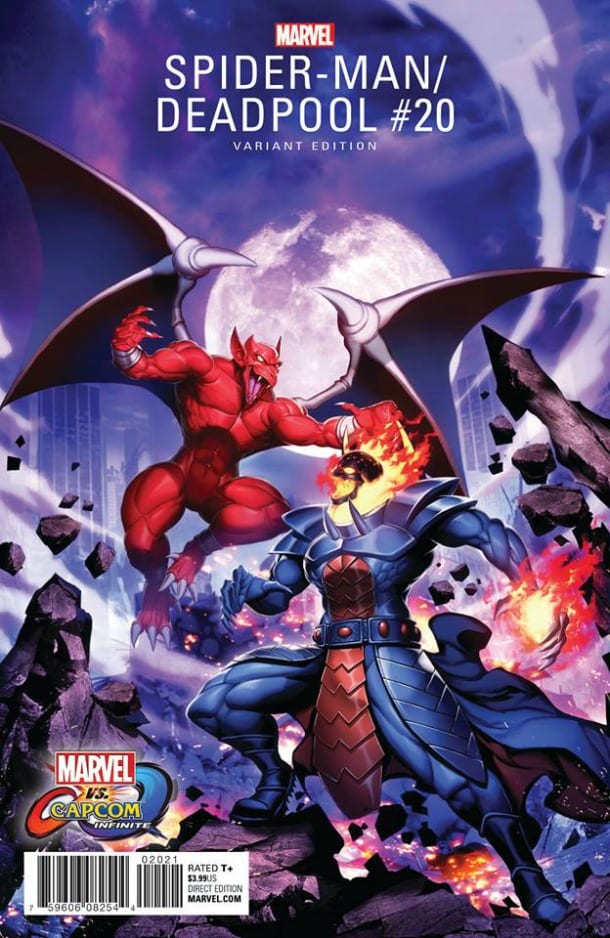 With the inclusion of Ghost Rider, the roster grows to an astounding 32 fighters. Six more characters such as Black Panther and Sigma coming out as post-launch DLC, with many more spots seemingly left to be filled. It looks like speculation will indeed continue, at least until Gamescom begins on August 23rd. Marvel vs Capcom Infinite will be available for PlayStation 4 and Xbox One on September 19th.

What do you think? Is the Spirit of Vengeance a welcome addition to Marvel vs Capcom Infinite, or should more obscure characters be given the spotlight? Any Gamescom predictions? Let us know in the comments below, and be sure to follow DTFG on Twitter to be informed of the latest gaming and entertainment news 24 hours a day! 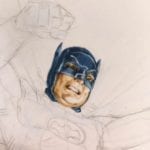 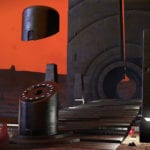