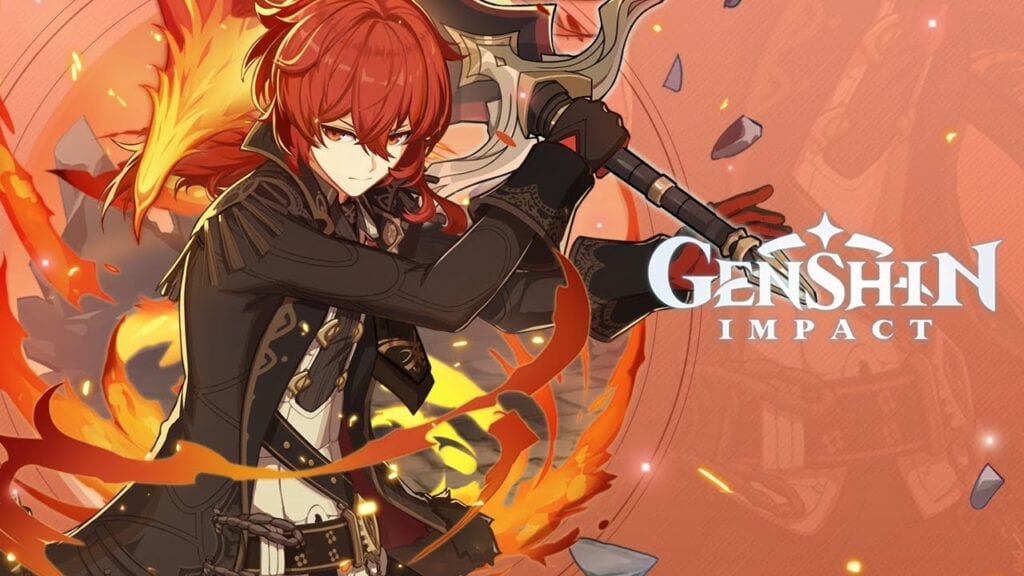 Folks would be forgiven for not immediately associating Genshin Impact with Kentucky Fried Chicken, but that apparently isn’t stopping miHoYo from doing a collaboration with the American fast food restaurant chain. A recently leaked image has revealed that Genshin Impact is apparently getting some crossover content with KFC that will see specific characters receiving the first alternative outfits implemented into the game.

Twitter user @Zeniiet recently posted an image showing what appears to be a collaboration between Genshin Impact and KFC. The image shows fan favorite Pyro character Diluc wearing a ‘Bucket and Wing’ skin and 4* rarity character Noelle dressed up as a waitress, which isn’t a far cry from her normal occupation. Unfortunately, it appears that – at least for now – the collaboration will only be available in China.

While the collaboration is intriguing enough, it’s important to note that at this time the only ‘skins’ available within Genshin Impact are for Gliders, there aren’t actually any outfits yet. It’s safe to assume that character outfits will be making their way into the game at some point, it’s just interesting to see their debut come in the way of a collaboration with KFC.

As always, leaks like these should be taken with a grain of salt. That said, the alleged release date for the collab is March 8, so we needn’t wait long to see if this leak is worth its weight in drumsticks. Hey, if the implementation of alt outfits via collaboration brings me one step closer to getting new threads for Ganyu then I won’t complain.

Genshin Impact is currently available for PC, PS4, and Android & iOS devices. The game will be releasing for Nintendo Switch at some point this year.

Thoughts on the Genshin Impact collab? Let us know in the comments section below, and as always, stay tuned to Don’t Feed the Gamers for all the latest gaming and entertainment news! Don’t forget to follow DFTG on Twitter for our 24/7 news feed!