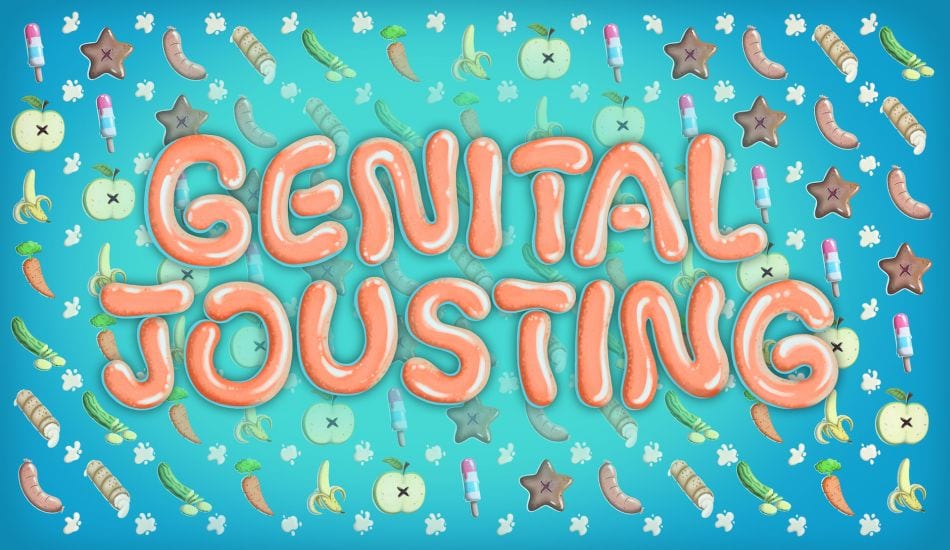 Video games that are later turned into movie adaptations aren’t often regarded as the best films, but it seems to be turning around for the genre as of late, especially with the likes of Sonic the Hedgehog racing into theaters and setting a record. That said, another upcoming adaptation that not many people would expect (it’s Genital Jousting) appears to have a hard time getting things up and going.

In case you are not aware by now, Genital Jousting is a party game that involves a bunch of dicks. It’s basically Mario Party, but with dicks. You can read more about it right here. When it comes to the live-action adaptation apparently being made at Netflix, however, there are some struggles. Devolver Digital recently took to Twitter to inform fans that the upcoming movie has lost another director, but that is the extent of the information known about the film.

The Netflix live action film based on Genital Jousting has lost yet another director.

The studio has not revealed anything about the Genital Jousting movie as of yet. We don’t know who the new director is, nor who the old one was. As someone who has played the game, I am not quite sure how they are going to pull a live-action movie off, but color me intrigued.

In the meantime, Genital Jousting is available on Steam, and if you are into party games (and don’t mind a bunch of cartoon dicks on your screen), it’s a ton of fun. Keep it tuned to Don’t Feed the Gamers as this story develops, and for other gaming goodness going on right now, check out the following:

What say you, gamers? Are you surprised that a live-action movie based on Genital Jousting is being made? Sound off in the comments section below, and be sure to follow DFTG on Twitter for live gaming and entertainment news 24/7!